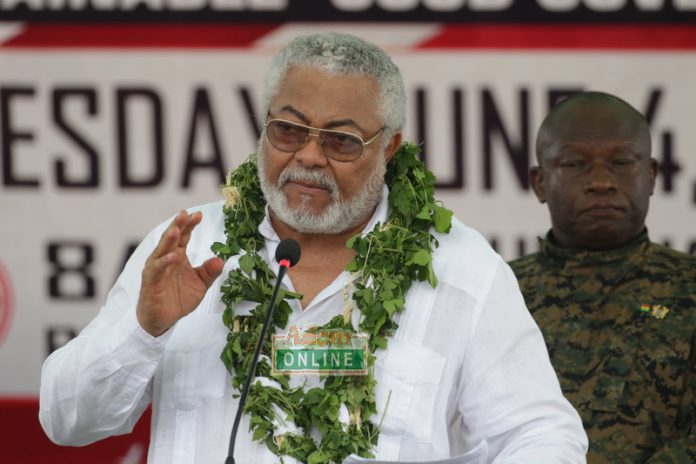 Several former African leaders died in the year 2020 in what has been a tough year for the continent as a whole.

The coronavirus pandemic made the year even worse with some of the deaths occurring due to COVID-19 complications.

Check out list of 10 former African presidents who gave up the ghost in 2020 below:

He died in Paris of COVID-19 at the age of 71. Buyoya was credited with helping push democracy in the small African country but was accused of involvement in his successor’s assassination.

Burundi’s outgoing president at the time Pierre Nkurunziza died in office just after presidential polls and when his successor, Evariste Ndayishimiye, was about to be sworn into office. The official account said he died of respiratory issues though some accounts especially on social media said it was COVID-19.

The former diplomat died at the age of 82 in the French capital Paris on April 11. Kodjo spent two stints as prime minister, the first period from 1994 to 1996 and again from 2005 to 2006 under former president Gnassingbe Eyadema.

Moi, a former schoolteacher was president of Kenya for 24 years, becoming the country’s longest-serving president. He had been in the hospital for over a month at the time of his death.

In June, Gabonese President Ali Bongo tweeted the death of former Prime Minister Emmanuel Issoze-Ngondet. He served as prime minister between 2016 and 2019 till he was replaced by Julien Nkoghe Bekale.

Amadou Gon Coulibaly died at the age of 61 in the country’s capital Abidjan. The deceased had returned home only a week earlier after a two-month absence during which he was receiving medical treatment in France.

He died while on admission in a Dar es Salaam hospital at age 81. Born on November 12, 1938; Mkapa led Tanzania from 1995 to 2005 before handing over to Jakaya Mrisho Kikwete. He was the third president of the East African nation and led several regional peace mediation efforts.

The former president was Ghana’s longest-serving leader at the time of his death at the age of 73. He had served about a third of Ghana’s post-independence years. Two stints as a military ruler and two terms as a democratically elected president. He exited to regional applause in 2000.

He passed away aged 72 at a hospital in Turkey. He was recovering from a heart operation he had in Bamako before his condition deteriorated, prompting his evacuation to Turkey, according to his doctor. Touré was president of Mali from 2002 to 2012 before being overthrown in a military coup. His successor, Ibrahim Boubacar Keita was also overthrown this year by a mutiny following widespread anti-government protests.

Niger’s former president also died late November aged 82. Tandja’s death was announced in a statement read on national television, with a decree of three days of national mourning imposed. He won two elections after the country’s return to civilian rule in 1999. He was overthrown a decade later following an alteration of the constitution to allow him to stay in power.

Facebook
Twitter
Pinterest
WhatsApp
Previous articleElection 2020 was not peaceful, free and fair as expected – Sammy Gyamfi [Video]
Next articleMother pours hot water on daughter for refusing to sell on the street