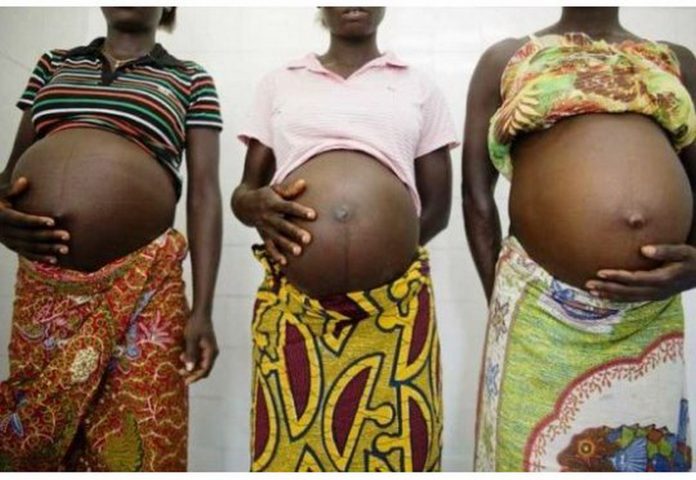 A 15-year-old girl is three months pregnant, HIV positive and also being treated for Syphilis after her mother forced her into prostitution.

The teenager, who is of Zambian descent, is said to have been made a sex slave after her father passed while she was 11.

“So many older men come into my mother’s home to sexually abuse me. She had seen more men strip me naked including married men, pastors, respected people in society sneak in at night parking big vehicles to come and sexually abuse me,” she narrated.

Opening up a lot more on her ordeal in an interview with Child Activist, Buumba Malambo, the victim revealed she was forced to sleep with four to seven men as her daily target.

Some of these men she said would bring k10 (GH¢3.20) which they will use for food and other needs while others would just sexually abuse her and escape.

According to Grace (not her real name), many people in the neighbourhood knew about her situation but no one did anything.

She said her worst experience was when she wanted to refuse one man but he became like a demon, extremely violent and wanted to strangle her.

“He kicked, insulted and spat on me saying I was just a chamber but my mother ignored all that and just continued watching TV since all she wanted was the money. So I lay there with tears in my eyes as this man sexually abused me,” she said amid tears.

Fortunately for her, the greatest nightmare of her life came to an end when her mother died of meningitis in December 2020.

“I was the happiest person alive. One of my aunties came and decided to keep me but after all I have been through, I was so withdrawn and was always scared so I cried a lot,” she said.

But her aunt was so kind and asked her what was going on and she confided in her and they both cried like babies that night and that was how counselling began for her.

“When I looked at grace and our eyes met I did not see any soul in her and it broke me so much. Her innocence has been taken away. At 15 years Grace is three months pregnant, HIV positive and is being treated for Syphilis.

“She is a strong girl and we thank God for everyone who came through and is coming through and is reshaping the life for this girl,” she said in a Facebook post.