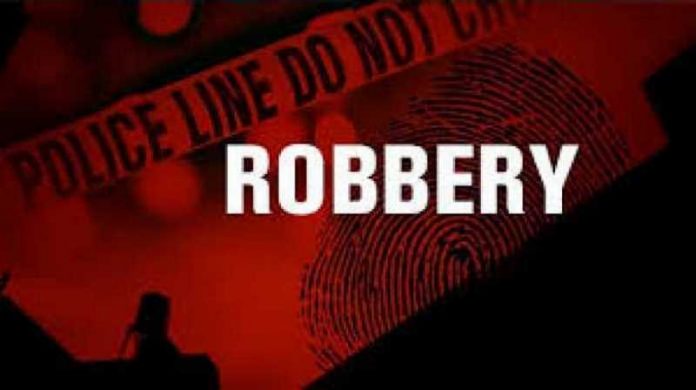 Fear and panic has taken over residents of Sehwi Proso in the Juaboso District of the Western North region after an armed robbery attack.

Six gun-brandishing robbers, consisting of five boys and a lady, stormed the district and attacked a gold merchant in the late hours of Thursday.

The robbers who raided the shop with the intention of stealing gold could not open the gold vault hence made away with cash that was in the store at the time.

An eyewitness who gave his name as Emmanuel told Adom News‘ Augustine Boah that he was the first target but he managed to flee after he was robbed.

“Some men came to my shop for business so I came out to check my phone only to be greeted with a gun pointed at me. Another robber raised a cutlass at me and collected my cash. They entered another shop and robbed a lady of her money. I had to run for my life because I saw the robbers were really wild and would hurt me if I am not careful,” he narrated.

After the gold robbery, the suspects are said to have attacked another shop owner and made away with her sales.

Assemblyman for the area, Kwame Maakro also told Adom News that the suspects are all teenagers, adding that none of them could be above 20-years-old.

He added that the sporadic shooting left residents in shock because the area is not prone to robbery.

“We are all in shock because we have not seen such a thing in this area before. The guns were just being fired anyhow,” he revealed.

Mr Maakro added that eleven shell casings were discovered after the robbery last night, and an additional 10 this morning.

He believes the gunshots were over 21.

Some residents suspect the armed robbers had a tip-off, as they were said to have patrolled the area, hours before the robbery.