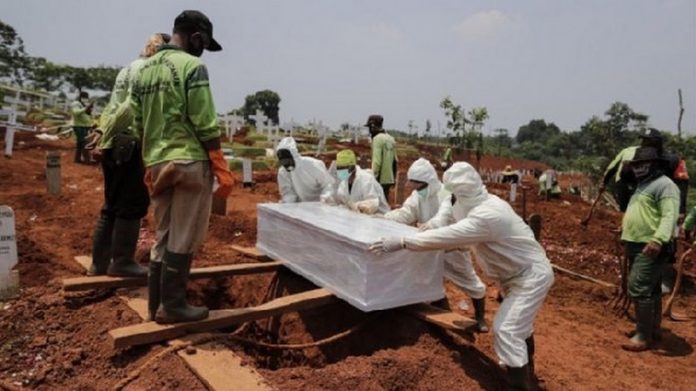 The Abuakwa North Municipal Assembly in the Eastern Region has directed bereaved families not to bring corpses to homes before burial.

The Assembly has directed that all corpses must be moved straight from mortuaries to cemetery for private burial with not more than 25 mourners in attendance. The funeral must also be done within two hours.

This was contained in a statement issued by the Municipal Coordinating Director, Ruth Woode, on behalf of the Municipal Chief Executive on Friday, January 5, 2021.

The statement further said funerals have been banned indefinitely.

Also, one-week observation must not be attended by more than 25 mourners and must not exceed two hours.

The decision by the Municipal Assembly is to reinforce restrictions by the government in containing the spread of the second wave of coronavirus.

The Assembly has called on the Police, Assembly members, funeral committees and other stakeholders to help ensure strict compliance as many families had scheduled funeral and burial services this weekend before coming into force of the Presidential directive.

Eastern Region currently has 174 cases and has recorded nine deaths since January 2021.