Adjust to change or ‘die’ – SkrewFaze to colleagues 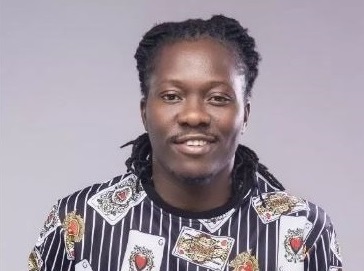 Hiplife artiste SkrewFaze is asking his colleague musicians to adapt to changes if they want to be relevant in the music industry.

“Most of my colleague musicians are still stuck in their old ways of doing music 20 years ago, forgetting that things have changed and they need to adapt.

“That is the reason most of us are still struggling to be heard. Now the young ones like KiDi, Medikal, Kuami Eugene, King Promise, Strongman, Sarkodie, Shatta Wale and Stonebwoy are the musicians Ghanaians are listening to and if we want to stay relevant, we better tap into their knowledge,” he told Graphic Showbiz.

According to SkrewFaze, real name Jehoshaphat Kwabena Eshun, the older musicians should not try and compete with the young ones while they were still stuck in their old ways.

Read also: Allow the young ones to shine— Kofi Nti

“I will not mind tapping into ideas of the young ones if I have to. There is nothing to be ashamed of featuring Kuami Eugene, KiDi or King Promise on my song. Some of my colleagues feel too big to come down to the level of these young ones, forgetting that they are no longer relevant.

“If a legend like Kojo Antwi is proud to work with the likes of Stonebwoy and King Promise, who am I to say that I am too big to feature the young ones on my song? he asked.

He explained that only a few talented musicians such as Kojo Antwi, Amakye Dede, Daddy Lumba among others were able to stay relevant.

Asked what he had been up to, SkrewFaze said he had ventured into business. “I sell cars and I run a boutique. I can say I am very comfortable where I am now and I would advise other artistes to do same.

“They need to get other jobs to stay comfortable so that they are not found wanting when they are no longer relevant,” he said.

SkrewFaze, who is planning to release an album titled Better Days, has been signed to Blackkulcha Music in the UK and has dropped a new single titled New Town, featuring Luta and Ras Kuuku.

Some of his other songs are Bue Bue, Gbalagaza and Aki Na Porpor.