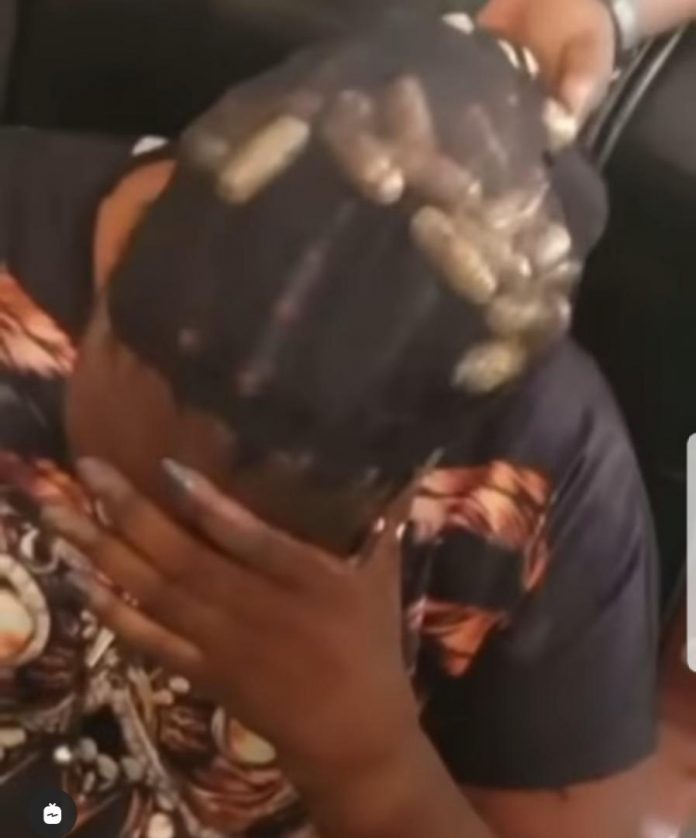 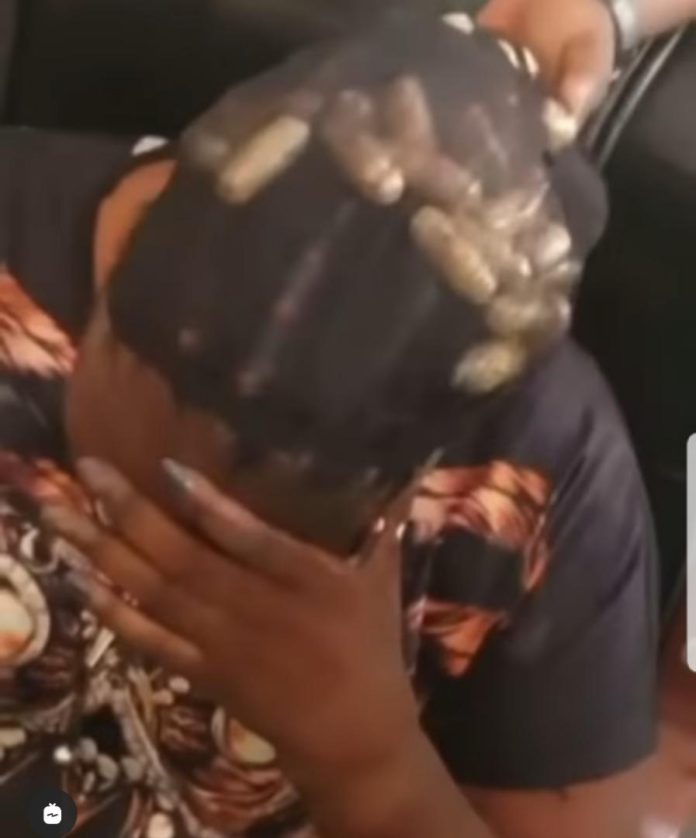 An unidentified woman’s attempt to cheat airport checkpoint with her hard drugs was shut down when officials nabbed her.

A video, which has since gone viral, shows the moment the airport authorities discovered drugs concealed in beads on the woman’s head.

The Class A drug is believed to have been hidden under the elderly woman’s weave-on.

The authorities gathered around her, and took videos with one of them tearing her hairnet and collecting the drugs into a pan.

The embarrassed suspect hid her face in her palm, after realising her desperation to be rich has only landed her in deep waters.

The latest exposé come days after a drug baron was arrested at a Nigerian airport with pounds of cocaine hidden inside multiple t-shirt logos.

Watch video below for more: