Newsday Ghana
Home General News All the photos you need to see as Bawumia's mother is laid...
General News 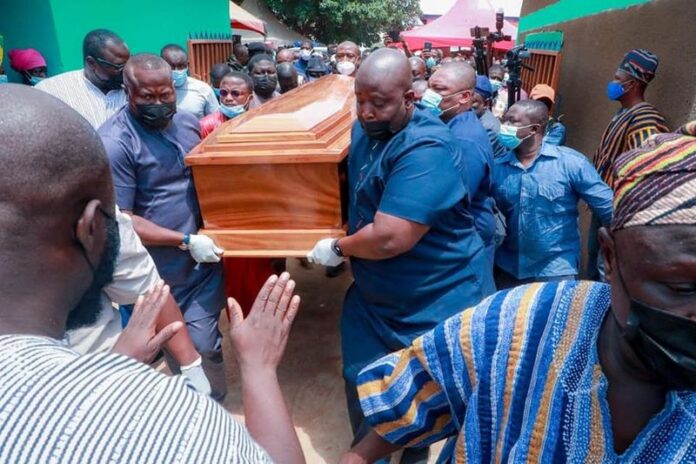 The mortal remains of the late Hajia Mariama Bawumia, mother of Vice President Dr Mahamudu Bawumia, have been laid to rest at Walewale in the North East Region.

She was buried in their house at Walewale where her late husband, Mumuni Bawumia, was buried.

Hajia Mariama passed away peacefully on Monday, September 13, 2021, in Accra after being unwell for some days.

Vice President Bawumia arrived at the family house at Walewale accompanied by the elders of the family.

The National Chairman of the New Patriotic Party (NPP), Freddie Blay, National Secretary, John Boadu, National Organiser, Sammy Awuku and other bigwigs of the NPP were at the burial grounds at Walewale.