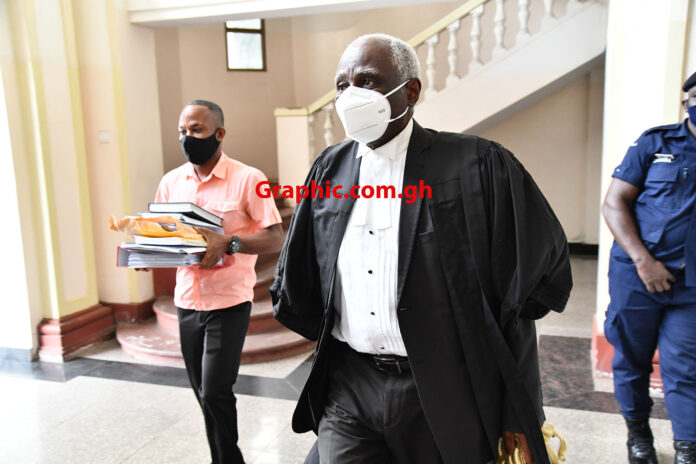 Lawyers for the petitioner in the 2020 presidential election petition,  have initiated a move to get an opportunity to address the Supreme Court before its ruling on whether or not to grant the petitioner the chance to reopen it’s case.

In a letter dated February 15, 2021, signed by Mr Tony Lithur, a member of the legal team of the petitioner, former President John Mahama and addressed to the Chief and seen by Graphic Online, the lawyers asked the Supreme Court to allow them to argue further in relation to the petitioner’s quest to reopen his case.

The letter is asking the court to allow the lawyers time to argue on a point made by Justice Samuel K Marful -Sau, one of the Justices hearing the petition, during Mr Tsatsu Tsikata’s argument in support of the motion to reopen the case.

Justice Marful-Sau had asked Mr Tsikata whether the court was not judicially barred from granting the application to reopen the case to enable the petitioner subpoena the Chairperson of the Electoral Commission (EC), Mrs Jean Mensa to testify.

Justice Marful-Sau based his point on the fact that the court had ruled that Mrs Mensa cannot be compelled to testify.

The letter signed by Mr Tony Lithur, one of the lawyers for the petitioner is asking for the court to allow the lawyers to argue on the point made by Justice Marful-Sau since it was significant.

The lawyers want to present the new arguments before the court delivers its ruling today on the application by the petitioner seeking for leave (permission) to reopen his case.

“We respectfully wish to crave the indulgence of your Lordships to hear lead counsel on this matter which came up during the question of Justice Marful-Sau right at the end of the day’s proceedings. This opportunity to address the court on the issue before the ruling that Your Lordships are due to deliver tomorrow on our application will, in our respectful view, advance the interest of justice,” the letter stated.

Writer’s email : This email address is being protected from spambots. You need JavaScript enabled to view it.