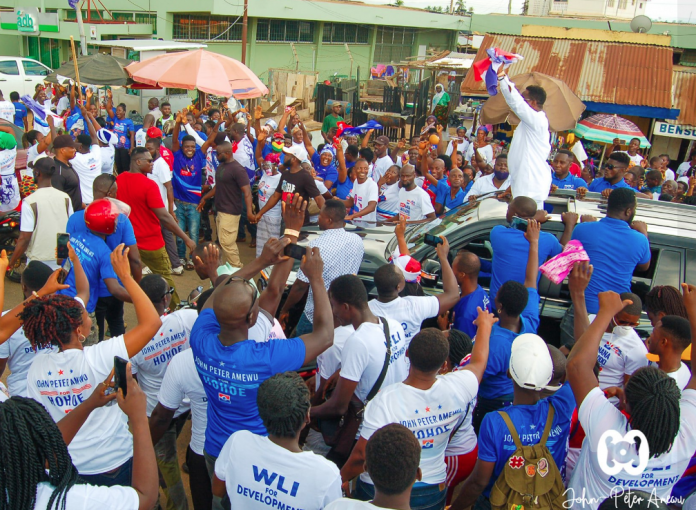 John Peter Amewu, Minister of Energy and Member of Parliament-elect (MP) for Hohoe Constituency, says he is the chosen one.

This comes after a Ho High Court, presided over by Justice George Buadi, on Wednesday granted an interim injunction restraining the Electoral Commission (EC) from gazetting Mr Amewu as the MP for the area.

This was after an ex parte application by residents in the Guan district who were not given the opportunity to vote in parliamentary elections.

Eligible voters within areas in the newly created district, namely Santrofi, Akpafu, Likpe, and Lolobi, were only allowed to take part in the presidential election on December 7, 2020.

However, Mr Amewu believes he is the people’s choice.

Taking to his Facebook page to react to the development, he wrote “John-peter Amewu; The people’s Choice. #HistoricVictory !#TheChosenOne.”

Mr Amewu went on to share a photo which captured his victory jubilation.

Meanwhile, the EC has revealed steps have been initiated for the people to vote.