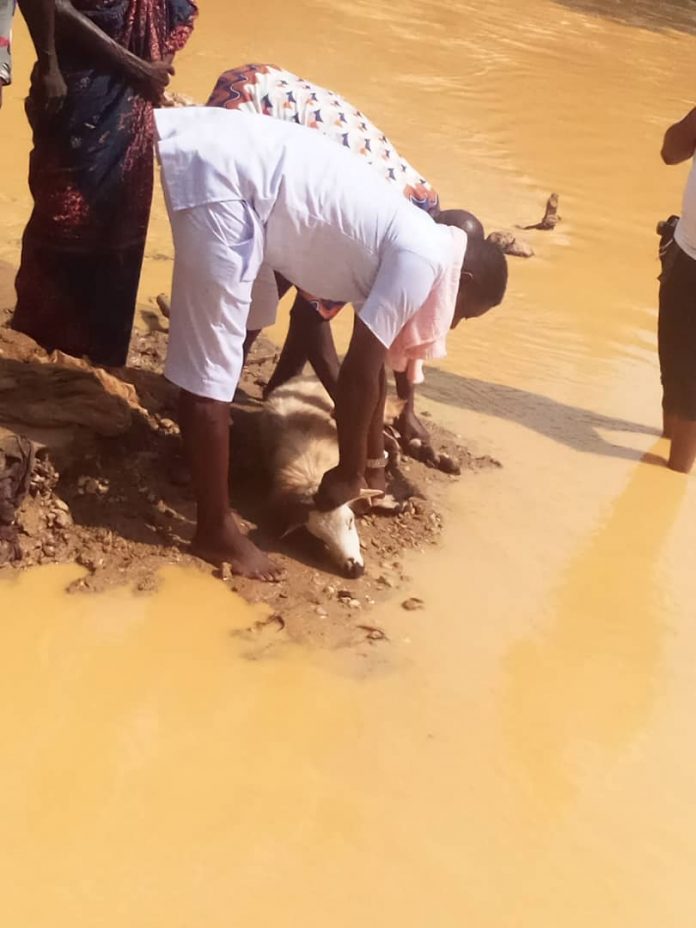 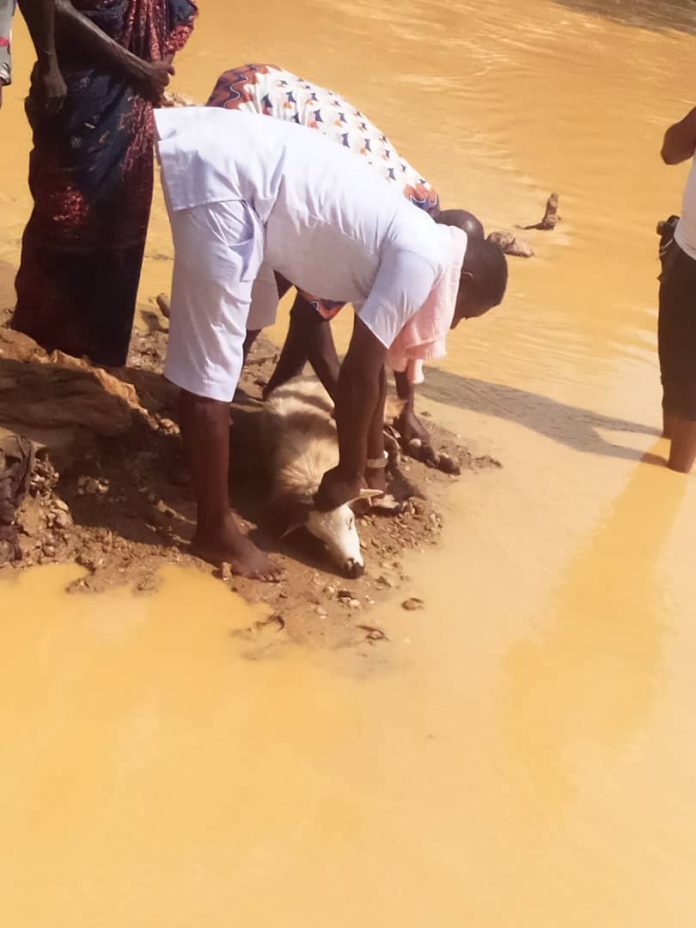 The Aowin Traditional Council in the Western North Region has evoked a curse on illegal miners in their area.

Stating the reason to Adom News’ Boah Augustine, secretary of the Aowin Paramount Chief, Nana Addo Kwarteng Thunder, said, the chiefs and elders had done their possible best to eradicate illegal mining, but all to no avail.

He said the Council has in the past seized the equipment of miners, but they go to the site with a different set of tools to continue their illegal acts.

As a result, the secretary said the river goddess had, on many occasions, warned about the doom that will befall the land if the desecration continues.

For this, the Council members marched to one of the rivers polluted with materials from mining to clean their hands and redirect the consequence to the perpetrators.

The Council took with them a young goat which was later slaughtered, schnapps and other items.

The Aowin Municipal Police Commander, Sup. Bernard Akotoke, confirmed that not much has been done against the tough-skinned illegal miners.