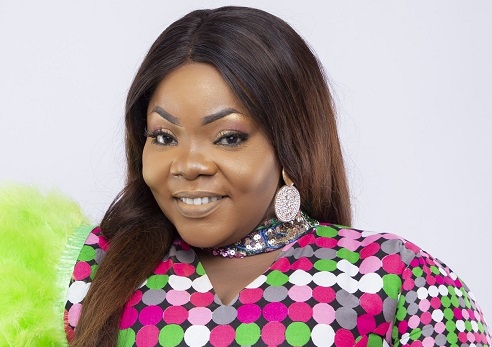 Her advice follows a viral video in which Cecilia Marfo interrupted Joyce Blessing’s ministration on stage and commanded the latter to return to her estranged husband since God abhorred divorce.

The incident, which happened at Unity Group’s annual thanksgiving concert held in Kumasi on Friday, January 22, has received mixed reactions on social media with many trolling Cecilia Marfo.

Speaking with Graphic Showbiz about the matter, Celestine Donkor said even though she doesn’t doubt Cecilia’s gift of prophecy, her approach was not right.

“I have known Cecilia Marfo and also experienced her Ministry and can attest that she carries the power of God but my only advice is that she should apply wisdom when giving a strong prophetic word to people.

“Not only in the case of Joyce Blessing but to every human being because everyone has their level of faith and what they can take and what can break them or push them into depression. And divorce is one of the unpleasant things people are not proud to talk about.

“For example, if you tell a person he or she will die, the panic and fear is enough to kill the person in say two days. Maybe, that death could be true and could happen over a year but the fear can kill the person quickly.

“So I advise that with such prophetic words, it should be communicated in private and prayerfully, especially because everybody going through things like divorce really needs prayer, support and love,” she said.

Celestine also stated that Cecilia must be cautious in how she relays prophecies to people to prevent the assumption that they were just gimmicks to get attention.

“I’m a woman and I feel the embarrassment and the pain Joyce will go through. Besides, Cecilia has a history and it is beginning to look like her approach is for attention.

“She had a case with Brother Sammy and now with Joyce Blessing and when that happens, even when it is true and from God, it takes attention from the substantive issue,” she stated.

The reigning VGMA Gospel Artiste of the Year similarly cautioned her colleagues not to encourage public prophecies about them.

“As for my management, before we are invited to a programme, especially if it’s a prophet, my husband communicates with them to let them know that we won’t entertain any prophecy in public.

“If they have a prophecy, it should be done in private and if you intend to go against it, my husband can walk on the stage to stop anything that you will do so we should always be organised so the management of Joyce Blessing had every right to stop that thing,” she added.

The Happy FM family is mourning the loss of one of their own, DJ Advicer, the host of Ayekoo After Drive on the station. DJ...
Read more
Entertainment

Kumawood producer Paul Gee Even before COVID–19 hit Ghana, the local movie industry was experiencing a serious downturn compelling players to venture into other...
Read more