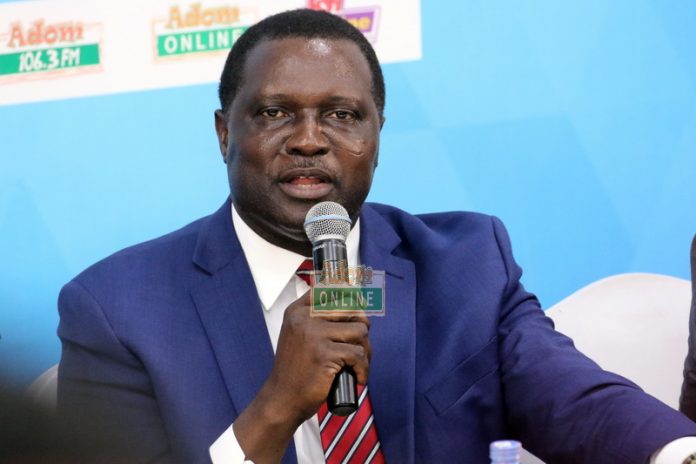 The Executive Director of Alliance for Social Equity and Public Accountability (ASEPA) has added his voice to calls for the immediate past Deputy Education Minister, Dr Yaw Osei Adutwum, to be made the substantive Minister.

Mensah Thompson said appointing the academic who doubles as the Bosomtwi MP would be one of the best appointments in President Akufo-Addo’s second term.

He cited a 2019 research report by his organisation and another research institution FAKS Investigative Services rated Dr Adutwum as the second-best Deputy Minister.

The two institutions lauded his core competencies and strengths comprising his in-depth understanding of Ghana’s education system and his excellent communication skills.

Dr Adutwum was praised for how he carried the heads of the educational agencies and institutions along as government implemented its flagship Free SHS programme.

Then opposition New Patriotic Party (NPP) in the race to win the votes of Ghanaians in 2016 campaigned on making secondary education in public schools across the country free.

Less than a month after assuming office, President Nana Akufo-Addo said the decision to implement the Free SHS policy was not influenced by a desire to score political points, but by the need to offer opportunities for Ghanaians, especially the deprived and marginalised.

The Free SHS policy was implemented but it rested on the shoulders of the Education Ministry to ensure its smooth operation.

That was when most Ghanaians got to know the Bosomtwi MP who owns three schools in the United States of America up close as he dealt with challenges that came with the implementation of the program.

For Mr Thompson, elevating him to the position of a Minister would go a long way to reform the Ministry.

“We believe that his promotion to the Ministry as substantive Minister would help reform the sector a great deal and bring a rather more experienced hand to deal with the bottlenecks around the implementation of the Free SHS program and other policies relevant to the sector,” he said.