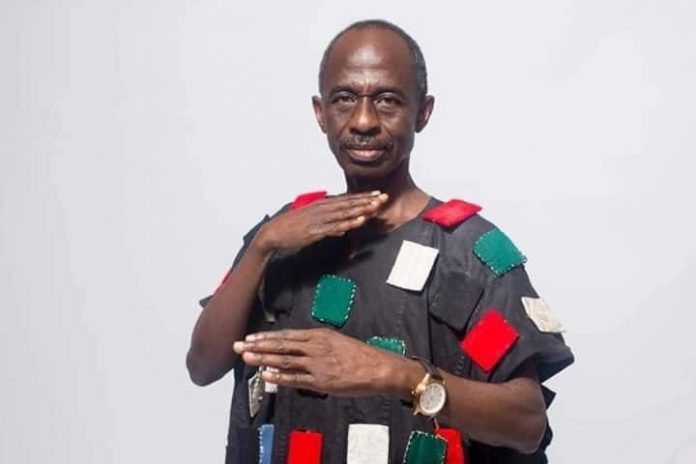 The General Secretary of the National Democratic Congress (NDC), Johnson Asiedu Nketia, trended number one on Twitter after mounting the witness box in the Supreme Court to testify in the ongoing hearing of the presidential election petition on Friday, January 29.

Mr Nketia, the first witness to mount the box, initially had a hard time in court when he was being cross-examined by the lawyer for the Electoral Commission (EC), Justin Amenuvor.

Mr Amenuvor cross-examined him on his role as far as the 2020 general election was concerned.

Lawyer for the EC, while cross-examining the chief scribe, said General Mosquito, as he is popularly called, had no evidence to support his allegations he made in the witness statement.

Mr Nketia, who had now gathered momentum, said “My Lord, I am not the petitioner” when asked a question that he thought was meant for the petitioner, John Dramani Mahama.

Mr Amenuvor then took him (Asiedu) back to the classroom where he did some calculations of some figures.

The NDC has accused the EC of interchanging figures to favour the New Patriotic Party and so that was the argument of the lawyer for the EC who brought the exhibit and asked General Mosquito to compute and do the calculations himself.

That was the part that excited social media users and they have since been reacting to the gestures and submissions of Mr Nketia.

Meanwhile, the case has been adjourned to Monday, February 1, for the continuation of cross-examination.

General Mosquito 🦟 is Fiercely Intelligent. You simply can’t corner him …

General Mosquito reliving his days as a stock broker and, before then, a trainee teacher at Jaman.

The way General Mosquito is punching on the calculator in court though… #SupremeCourt #ElectionPetition pic.twitter.com/hZuWgKrYOm

Asiedu Nketia (General Mosquito) thought feigning ignorance of the content of the flashdrive will end it there. He’ll be back on Monday to answer questions on it.#ElectionPetition

The only General in Ghana’s Politics. What? Man knows his stuff. For electoral activities, Forget!

My Lord , please Lawyer Akoto Ampaw is confusing me for here, so just Asiedu Nketiah ‘s appearance make u confusing us like dat? Then General Mosquito must be a legend 😂😂

General Mosquito is the best comedian in Ghana.
The GOAT of lawyers,
Lawyer Amenuvo pic.twitter.com/AvBbgF5tbz

Asiedu Nketiah also known as general mosquito ay3 hot🔥🔥🔥🤣🤣🤣🤣. The lawyer should relax small for him. The I put it to you by dey over am🤣🤣 pic.twitter.com/TuQI0VsVvK

General Mosquito and the calculator are now besties oooo #Electionpetition

The sound of General Mosquito’s calculator 👌🏽

Akoto Ampaw really dey worry our general mosquito. Asiedu Nketiah’s ay3 hot 🔥🔥🔥🤣🤣🤣. Me dier ebi the i put it to you nu. pic.twitter.com/sUHo5PyXhv

I cannot speak for all other candidates- General Mosquito