Black Satellites keyed up for U-20 AFCON successs 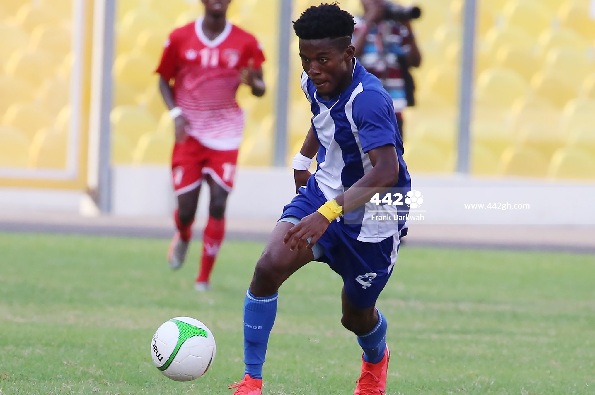 Black Satellites attacker Samuel Quaye has called on his teammates to ensure an emphatic opening at the Africa U-20 Cup of Nations when they engage Tanzania on Thursday in a Group C encounter in Mauritania.

Quaye, who made the final 26-man team for the tournament, expects an impressive display for the team against Tanzania if they are to stand a chance of making the knockout stage of the competition.

The Satellites have been paired alongside Morocco, Tanzania and Gambia in  Group C and are looking to start their continental campaign on a bright note.

The team members are in high spirits going into the tournament after their exploits at the recently held WAFU Zone B Cup of Nations where they defeated Burkina Faso to win the competition.

In an interview with the Graphic Sports, the youngster expressed his desire to help the team return home with the trophy.

The Great Olympics player noted that the team had the quality to win the tournament and was looking forward to playing his part when they kicked off their campaign.

“We have to win to start the tournament on a bright note,” Quaye said and added that “we can only qualify from our group if we can win matches and I am looking forward to that.”

“The aim is to return home with the trophy and we all have to play our roles to achieve that. I am ready to do my best to help the team win,” he stated.

Hearts of Oak forward and skipper of the team, Daniel Afriyie Barnieh, Legon City’s winger Matthew Anim Cudjoe and top scorer at the WAFU Cup, Precious Boah, all made the squad.

The Satellites are back into the African championship after failing to make a significant impact in the 2019 edition. Having won the tournament on three occasions in 1993, 1999 and 2009, Ghana will be chasing its fourth trophy when it opens its tournament on Thursday.

With FIFA cancelling the world championship due to the COVID-19 pandemic, the only motivation in Mauritania will be to win the trophy and Ghana will be up for that.

Meanwhile, the Black Satellites will face Morocco in their second game on February 19 before ending their group phase against Gambia on February 22.