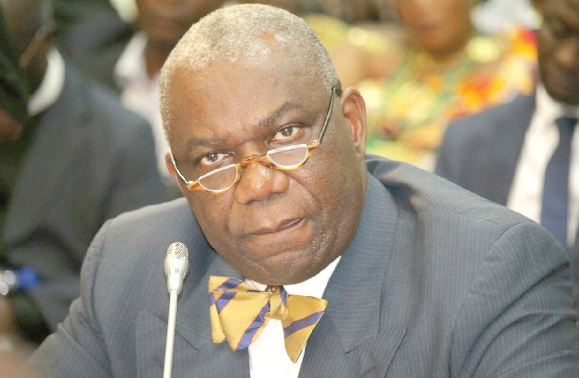 A former Minister of Energy, Mr Boakye Agyarko, has dismissed allegations that he terminated an energy contract between the government and the Ghana Power Generation Company Limited (GPGC) which has resulted in a $137.9 million judgment debt.

He said it was the decision of Cabinet to terminate the Power Purchase Agreement and that the Electricity Company of Ghana and the Attorney General’s Department were instructed to negotiate the termination with the contracting party.

“At about that time, I left office,” he stated.

Mr Agyarko was responding to accusations by the Minority that he (Agyarko) and other government officials should be blamed for causing a $137.9 million financial loss to the state.

He said after months of negotiations, the contracting party broke off and went to arbitration under the guise that the government was not “negotiating in good faith”.

“This was on August 11, 2018. How does Agyarko become responsible after Cabinet has taken a decision on a matter,” he asked.

At a press conference last Friday, the National Democratic Congress (NDC) Member of Parliament for Yapei-Kusawgu, Mr John Jinapor, accused the former minister of terminating an Emergency Power Agreement (EPA) between the government and the GPGC.

According to the minority, the government terminated the EPA against expert advice, which it said had resulted in what it described as an embarrassing ruling by the International Court of Arbitration (ICA).

The tribunal also awarded $614,353.86 against the country as cost of the tribunal,  and also awarded costs of $3 million against Ghana, being the legal fees expended by the GPGC during the arbitration.

The three-member arbitration tribunal delivered its decision on January 26, this year.

According to the PCA Rules, awards are final and binding, there is no right of appeal and the awards are to be executed without delay.

“In agreeing to arbitration under the PCA Rules, the parties undertake to carry out the awards without delay,” the rules indicate.