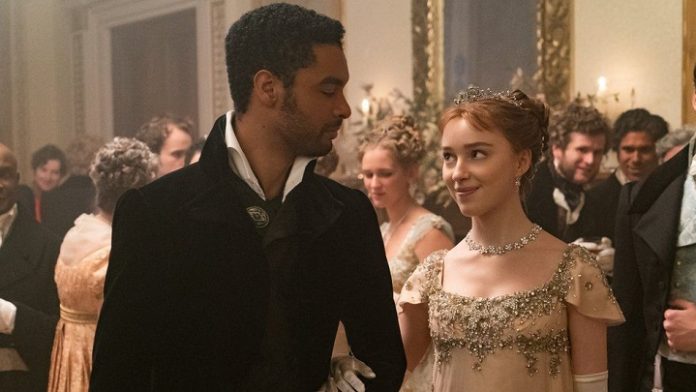 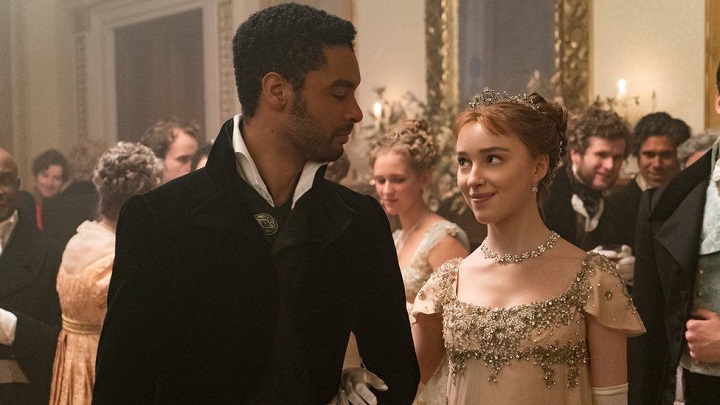 captionDaphne and Simon, portrayed by Phoebe Dynevor and Regé-Jean Page, are the main love interests in the show

Stars of the period drama Bridgerton have thanked fans after Netflix announced that the show had become its “biggest series ever”.

The streaming giant said 82 million households around the world tuned into the show in its first 28 days online, surpassing the firm’s own projections.

The show hit the number one spot in 83 countries, including the US, UK, India, France and Brazil.

“I’m SO proud of the incredible team behind this show! And thank you guys for loving it,” the 25-year-old actor, who played Daphne Bridgerton, wrote on Instagram.

Regé-Jean Page, whose performance as love interest the Duke of Hastings won him fans around the world, also celebrated the news.

From all of us

To all of you


Bridgerton‘s colourful costumes, wisteria-fronted homes and entertaining storylines were celebrated globally as many fans turned to the show at the end of a year marked by coronavirus.

Adapted from a series of historical romance novels by author Julia Quinn, the drama follows members of the Bridgerton family as they navigate London’s high society in the 1800s.

But it was Page and Dynevor’s depictions of the Duke and Duchess’s tumultuous relationship that catapulted them to fame while their raunchy sex scenes raised some eyebrows.

Read more: Why Netflix is a lifeline for African film-makers

Executive producer Shonda Rhimes was widely praised for her “colour-blind casting” which put black actors in the type of historical roles that were traditionally filled by white actors.

The show was designed for today’s millennial and Gen Z audiences and has been described as a Regency-era Gossip Girl.

Netflix defines a “view” as any piece of content watched for at least two minutes – meaning its numbers are not comparable to traditional TV viewing figures.

Netflix said Bridgerton had made the top 10 in every country it operates in except Japan, and had propelled the books it is based on into the New York Times bestseller list for the first time.

The previous record for most-watched debut series on the platform was held by fantasy drama The Witcher, which Netflix said was watched by 76 million households in its first 28 days.

Jinny Howe, vice-president of original series at Netflix, said Bridgerton “defies tradition, and demonstrates that period dramas are not limited in scope or audience”.

“The empowerment of people of colour and women made Bridgerton feel accessible and contemporary, resonating with audiences all around the world,” she wrote in a blog post.

The show has been renewed for a second series.