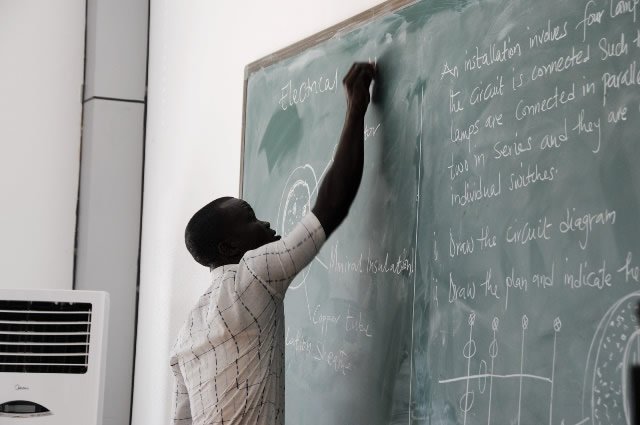 Minister-designate for Education, Dr Yaw Osei Adutwum, says he would not advocate for the cancellation of the licensure exams because it’s a way of accessing the future teachers in this country.

He said this when he appeared before the Appointments Committee on Thursday.

The minister-designate also said he intends to communicate with relevant stakeholders to work on getting a bill that will be agreeable to all interested parties. This was in answer to a question on the controversy that the Public University Bill has generated.

Dr Adutwum informed the Committee that government plans to build 20 centres in some selected communities for students to have unique skills and prepare for the job market. He indicated his support for the Science, Technology, Engineering and Mathematics which he described as a good initiative.

When answering questions relating to how students can have access to student loans without guarantors, he intends to transform the procedure in accessing student loans. He stressed that it should be possible for students to apply for loans at the time they were applying for admission to the university so that they can access it immediately they get admission.

On the question of closing down schools again because of the upsurge of the COVID-19 cases as prescribed by the Ghana Medical Association, the nominee stated that for now he will not campaign for the closure of schools because there is no evidence that the schools are breeding grounds for  COVID 19.

He said for now, schools are being asked to follow the protocols and to fumigate  with the help of Ghana Education Service.

As to why the schools are not being allowed to collect development levy or Parent Teachers Association levy, the Minister-designate for Education told the Committee that government is now paying the development levy, and that the schools can use that money for development. Touching on how the government was distributing PPEs, the nominee indicated that PPEs were being distributed to both private and public schools. The minister was the third and final nominee to be vetted.