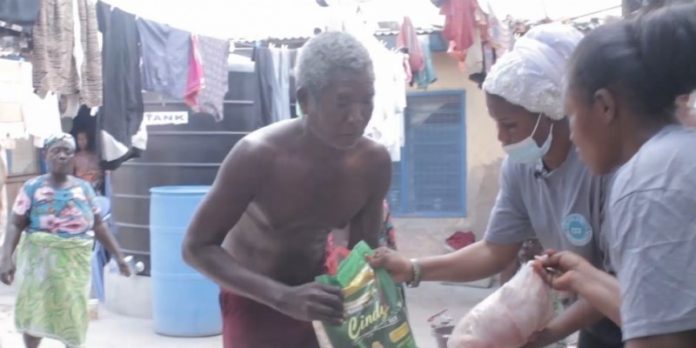 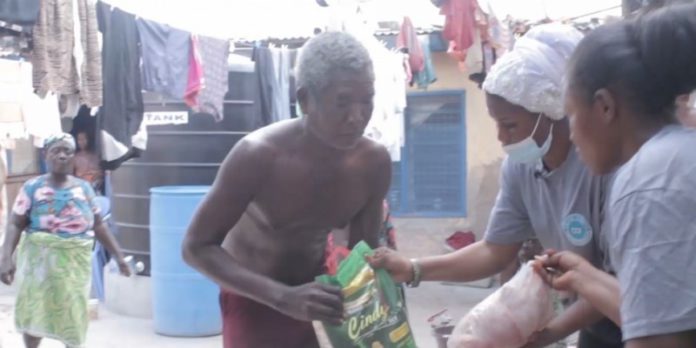 Crime Check Foundation, CCF sparks up the Christmas season of residents of deprived communities in Accra with food gifts.

The items included bags of rice, bottles of cooking oil and live chicken.

Residents of some of the deprived communities including Chorkor, Chemuena and Glefe who received the items with surprise were also elated.

Preceding the donation, the Executive Director of Crime Check Foundation, CCF decried the poverty levels in some settlements in the capital city. He said if aid does not go to residents of these communities, they will starve, hence the donation.

“At the end of every year, we intensify our philanthropic activities. We have realized that some poor urban areas, Chorkor, Chemuena and Glefe need attention. We will be visiting these areas as part of our Charity Series.” He said.

Mr Kwarteng wished all and sundry a merry Christmas and thanked donors and well-meaning Ghanaians both home and abroad for their support towards the Foundation’s programmes.

“We (CCF) wish you a merry Christmas. We ask God to grant the heart desires of every individual who is a part of the CCF family in the coming year. We thank you for supporting us to put smiles on the faces of poor people.” He showed appreciation.

Crime Check Foundation, CCF had earlier organized two separate Christmas parties in Accra and Kumasi for the needy. The parties were characterized by the sharing of gifts to beneficiaries.

They were also treated to a buffet of assorted meals kind courtesy CCF donors and partners.

It is part of the Foundation’s Charity Series to help put smiles on the faces of the poor.

CCF appeals to the public and donors to support its programs.

The Charity Series is used to seek support for individuals battling with poverty.