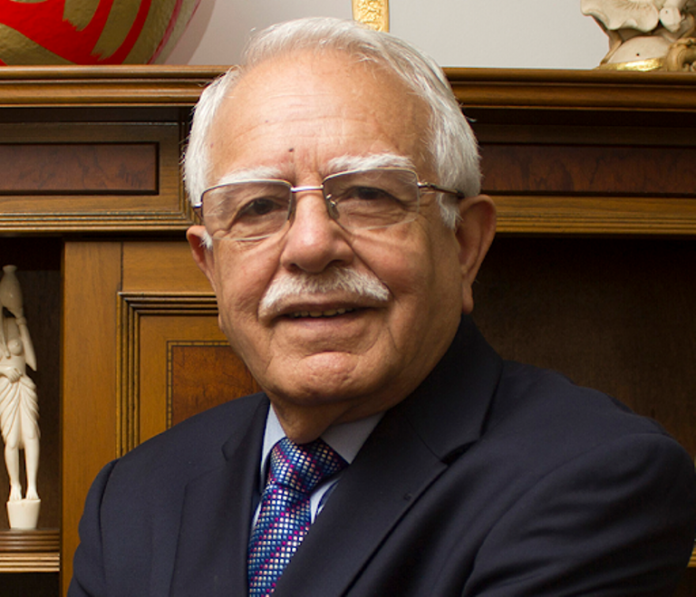 The astute business mogul was awarded Ghana’s Greatest Entrepreneur of All Time at the last Ghana Entrepreneur and Corporate Executive Awards.

Under his watch, the Melcom has progressed into six separate companies with an overarching name, Melcom Group of Companies.

With over 60 years of business experience in Japan, Hong Kong, Ghana and Nigeria, Bhagwan has carved a niche for himself in the hearts and minds of his clientele.

Bhagwan Khubchandani entered business at a very youthful age. His father, who had at the time set up a buying agency in Hong Kong for his retail business, decided in 1954 to relocate him to manage his business there.

After three years in Hong Kong, Bhagwan moved to Japan where his father had also set up another agency.

Working in different countries like Hong Kong and Japan turned out to be an advantage for Bhagwan as his years of stint helped him widen his business acumen.

He returned to Ghana in 1961 and was made the Managing Director of Glamour Stores which he managed till 1991 when he decided to move on.

Bhagwan established his own business under the name of Melcom with a capital of $2,000,000.

He was then joined by his two sons-in-law and turned Melcom into the leading retail giant in Ghana.

He doesn’t believe in short-cuts or drilling to the depth of his customers’ wallets for making profits as he claims, “My philosophy has always been to sell more for less”.

It is no wonder that today Melcom has become the most reliable name and the customers’ first choice in Ghana.

Over the years, Melcom diversified into other businesses and expanded its product portfolio. These include Century Industries Limited which manufactures high-quality plastic household products.

As Ghana’s largest chain of 48 retail department stores and counting, Melcom offers thousands of products and hundreds of well-known brands.