Check out petitioners’ next move after Supreme Court ruling 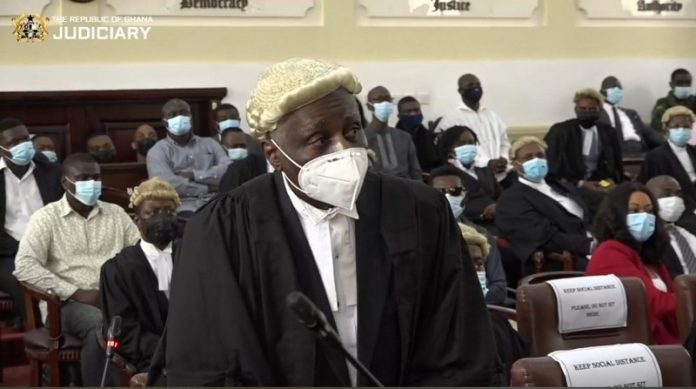 Lead Counsel for the Petitioner in the ongoing 2020 election petition, Tsatsu Tsikata, has told the Supreme Court that they are filing for a subpoena to compel the Chairperson of the Electoral Commission (EC) to mount the witness box.

Mr Tsikata made the disclosure after the Supreme Court dismissed a motion seeking for the EC chairperson to mount the witness box after her lawyer moved to close their case earlier this week.

After the ruling was handed down by the Chief Justice Kwesi Anin-Yeboah, Mr Tsikata announced: “We will now seek your Lordship’s permission to reopen our case in order to issue a subpoena on the chairperson of the EC.

“My Lords, we know that we can issue a subpoena without leave but since we have closed our case on the assumption that she will be (in the witness box)…we intend to file a formal motion.”

The Chief Justice responded to Mr Tsikata by asking him to file a formal motion on the issue. “Counsel it is a court of record, so like you have rightfully pointed out, you come with a formal motion, you will be heard.”

Mr Tsikata has also filed for a review of the Supreme Court ruling.