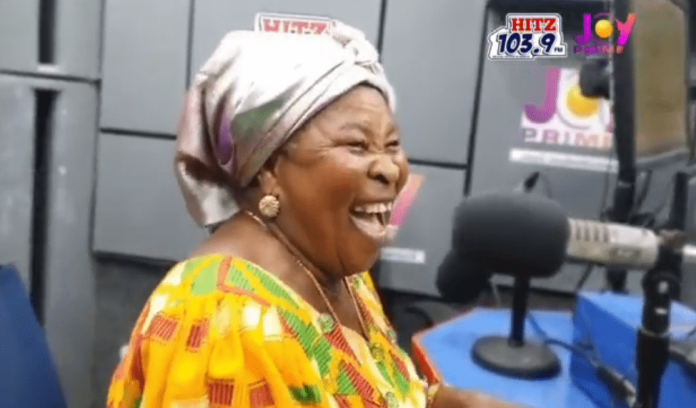 Founder and flagbearer of the Ghana Freedom Party (GFP), Akua Donkor has said she authored the petition to the Supreme Court seeking to throw out the National Democratic Congress’ (NDC) case over the 2020 Presidential results.

The NDC following the declaration of the 2020 electoral results on December 9 has described it as ‘flawed’, ‘fictionalised’ amid vows to challenge it in court.

However, Madam Akua Donkor in the petition argued that Nana Akufo-Addo clearly won the elections hence; any plea by NDC and its candidate John Mahama shouldn’t be considered

Her petition has garnered massive reactions among Ghanaians with many wondering how Madam Donkor who lacks formal education was able to write such a petition with the kind of issue raised.

But responding to such critics, the GFP leader said that formal education should not be a barrier to anybody’s dreams, maintaining that she wrote the petition herself.

Pushed by show host of Adom FM’s morning show Dwaso Nsem Wednesday to disclose her source, she declined but noted she said everything in the local language and was translated into English.

“Everything I wanted to say, I said it in twi and someone wrote it in English. It doesn’t matter if I don’t speak or write English. I cannot disclose the name of the person who wrote the petition for me else they will go look for him. Since I don’t want anything to happen, all I can say is that I wrote the petition myself,” she told Chief Jerry Forson amid laughter.

Akua Donkor stated that her motive for demanding that the rejection of the NDC’s election petition is because the EC’s verdict was clear and true and resonated with her own verdict prior to the EC’s declaration.