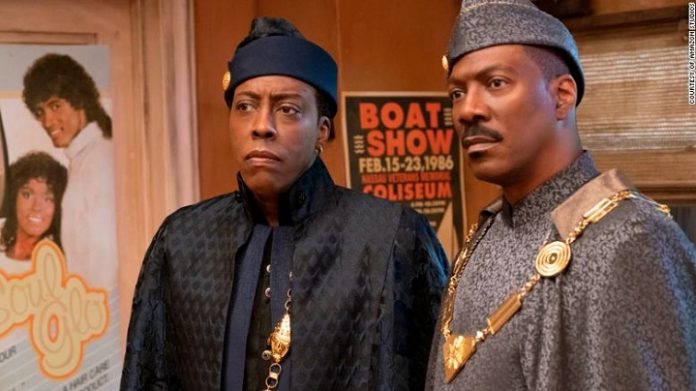 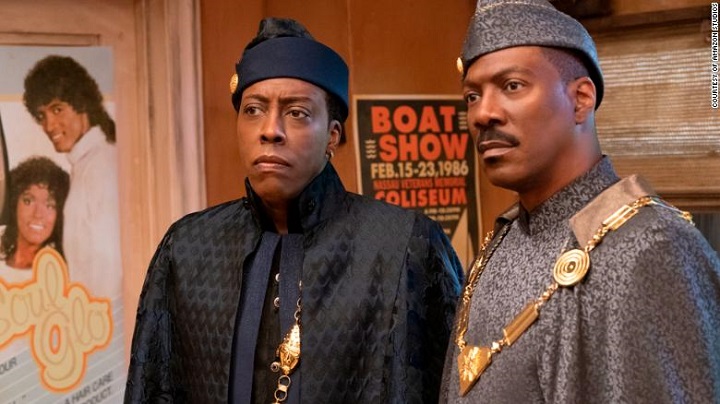 “Coming 2 America” is going back to Queens.

In some first-look photos released on Thursday, King Akeem (Eddie Murphy) reunites with Semmi (Arsenio Hall) as they travel from their beloved Zamunda back to Queens, New York, where their adventures first began.

In one of the new pictures, the pair appear to even make a visit to the iconic barbershop.

The film, directed by Craig Brewer, will be released on Prime Video on March 5, 2021. 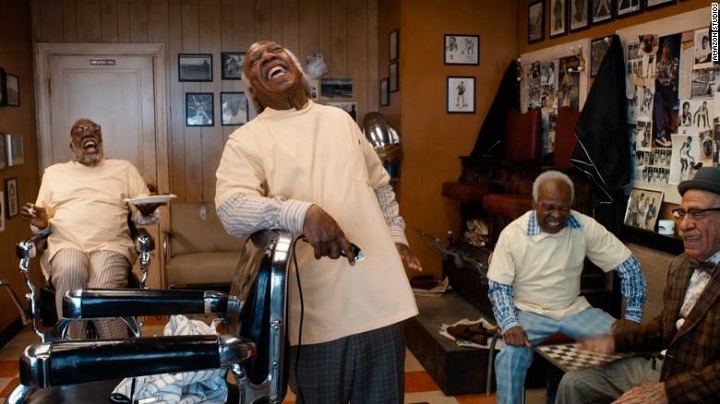 Little appears to have changed at the iconic Queens barber shop where Akeem once visited. 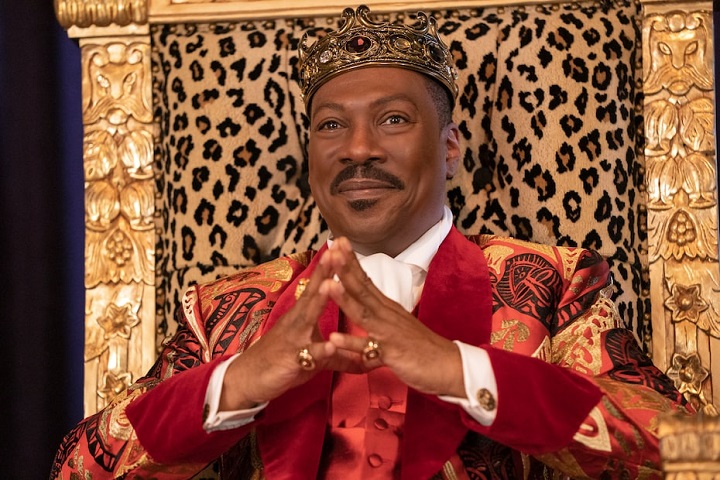 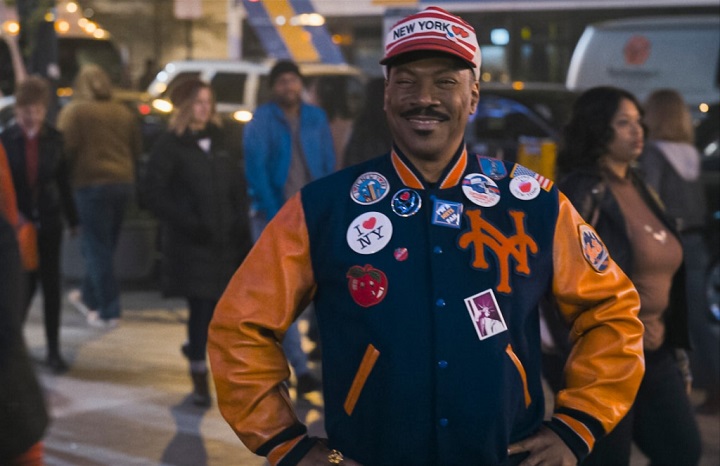