Completion of cocoa roads key on my agenda— Cynthia Morrison 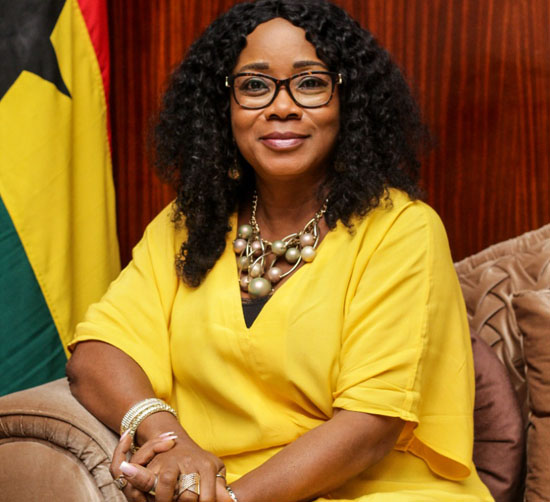 Agona West has Nyakrom as its traditional city and Swedru as its capital. Its capital, Swedru, has two big markets and has become a major business centre, with people coming all over to trade there.

Over the years, the Agona West Constituency has been a swing seat with members from both the New Patriotic Party (NPP) and the National Democratic Congress (NDC) winning to represent the people in Parliament.

In the December 7, 2020 parliamentary polls, the Member of Parliament for the area, Mrs Cynthia Morrison, polled 30,606 of the votes to win the seat for the NPP and got the nod to represent the people for a second time.

Mrs Morrison told the Daily Graphic as part of the “Constituency Watch Series” that despite the constituency producing the first ever National Female Best Farmer in the country, it still had some of its farming and cocoa roads in bad conditions, a situation which poses a serious challenge for the constituency.

She said one of the key things on her agenda for her second term was to complete all the farming and cocoa roads in the constituency.

That, she said, would ensure that farmers did not have problems transporting their cocoa and other farm produce to the main towns.

She noted that aside from the cocoa roads, the constituency did not have much of a problem when it comes to their road network.

“We put up schools in almost every community and we have four secondary schools, all of which are in great shape. They have had their roads done and provided with all the necessary materials. All the four schools do not have a problem so the education sector is much better now, with very limited problems,” she explained.

She said almost every community had access to water, even if not pipe borne water.

“Even if not pipe borne, there is a bore hole in almost every community and there are just a few communities without some.

“We are looking to expand the Swedru General Hospital and to upgrade the Nyakrom Clinic to a hospital. The hospital used to serve a small population but we have now outgrown that population so we need an expansion,” she stated.

The member of Parliament said another major headache in the constituency was youth unemployment.

“We have a lot of youth who don’t have jobs so that is a major problem. Almost everybody wants to go to the military or the immigration and the allocation is very few,” she noted.

To address this challenge, she said, with collaboration from the government and the private sector, they have established a gari processing factory in the constituency which would soon be inaugurated.

When inaugurated this would help reduce the unemployment situation in the area, she added.

She said plans were also far advanced to establish a technical university at Swedru which when completed would encourage lots of the youth to learn a vocation.

Mrs Cynthia Morrison comes from Elmina in the Central Region. She is married to Mr Herbert Morrison from Nyakrom, with whom she has stayed with for over 25 years in Swedru.

She is the founder and Proprietress of the Maryland Montessori School in Swedru and Accra.

She then stepped down as the women organiser of the party to contest the primaries again in 2011 and this time round, she won and subsequently won the main elections in 2016.