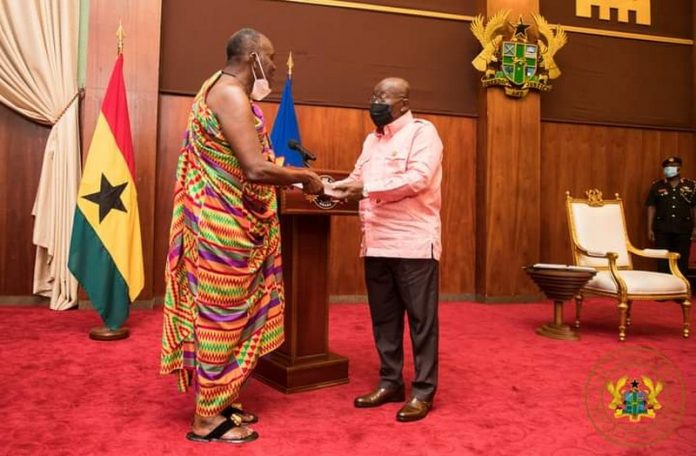 The Council of State has presented it’s final report for the first term of President Addo Dankwa Akufo-Addo at at a short ceremony at the Jubilee House.

The report consists of activities of the Council dating from their swearing-in through their engagements with ministries and other state agencies till date.

Chairman of the Council of State Nana Otuo Serebuor while congratulating the President for his re-election stated that they believe President Akufo-Addo will use the second term to consolidate on the gains made so far to better the lives of Ghanaians.

The Council of State also thanked President for giving them a listening ear for the past four years which afforded them the opportunity to also give their counsel on issues of national interest.

President Akufo-Addo in his response thanked the Council of State for the quality of work exhibited so far to assist him execute his mandate.

He described himself as lucky having Council of State of such quality to help him do his job.
P

resident Akufo-Addo stated that his renewal of his mandate puts a great responsibility on him and he is ready to continue serving Ghana even more better.