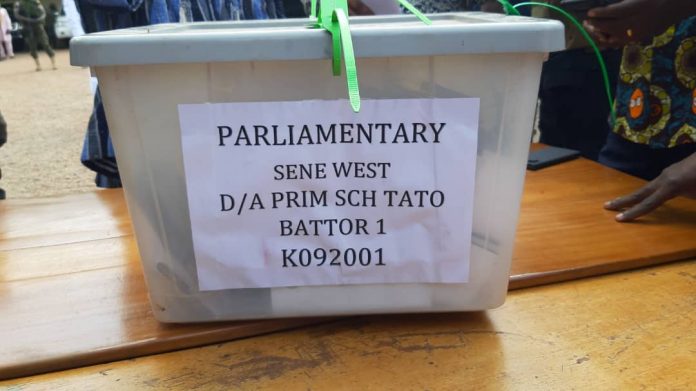 The Wenchi High Court has asked the Electoral Commission (EC) to go ahead to complete the disputed Parliamentary election held in the Sene West Constituency on December 7, 2020.

According to the court, an injunction filed before it by the New Patriotic Party (NPP) was premature since the EC ought to have been allowed to complete its work.

While the EC said after the court session that it will go ahead to count the content in the disputed ballot box at the Tattor Battor Polling Station which was snatched by one Christian Nukpeta and retrieved later, lawyers of the National Democratic Congress (NDC) are insisting that the two parties should meet the EC and see the way forward, reports Graphic Online’s Bono East correspondent, Emmanuel Adu-Gyamerah.