Curbing COVID-19: One-third of MPs sit in Chamber for proceedings 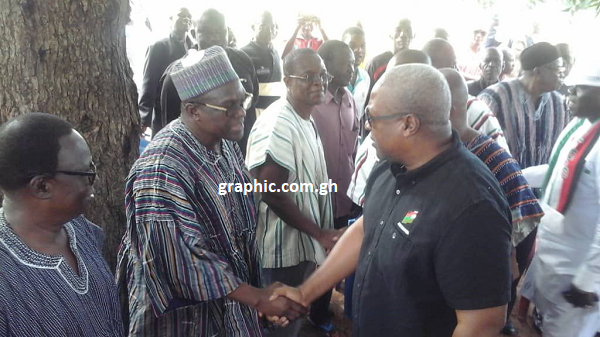 Only one-third of Members of Parliament (MPs) will be required to be in the Chamber of Parliament to take part in proceedings as part of measures to curb the spread of the coronavirus disease (COVID-19) pandemic among members and staff of the Legislature.

The remaining two-thirds will stay in their offices to observe proceedings via video technology and only have to make it to the Chamber when it is necessary to contribute to deliberations on the floor.

The measure is to allow for the strict observance of the COVID-19 safety and prevention protocols, especially social distancing, as the current sitting arrangement does not allow adequate spacing among the MPs.

“Be in your offices and observe proceedings; as and when necessary, you will appear to contribute, but we are not going to allow this kind of sitting again,” he said.

Since assuming the position of Speaker of Parliament, Mr Bagbin has, on two occasions, announced various steps Parliament is initiating to stop the spread of the virus.

Last week, he encouraged members of the House to undergo voluntary COVID-19 screening to know their status.

He told the House that he had personally done the test, with a negative outcome.

Shedding light on the COVID-19 measures, Mr Bagbin said Parliament was also making the necessary arrangements, so that from next week the House would make use of the tent that was used for the swearing-in of the President.

That, he said, would allow for the fumigation of the Chamber, as well as make way for the installation of other gadgets that would make the environment better for the work of members.

“At least this will make it more difficult for the virus to survive or be transmitted from one person to another. So during the weekend there will be a lot of work, not only on the floor of the House but also the precincts of Parliament, including your offices, so please work with the Parliamentary Service to get these things done,” he implored the MPs.

Earlier, during proceedings, the MP for Ho West, Mr Emmanuel Kwasi Bedzrah, had enquired from the Leader of Government Business, Mr Osei Kyei-Mensah-Bonsu, about the status of plans to implement e-Parliament, which was agreed on during the seventh Parliament.

He said he had noticed that the current MPs, 40 per cent of whom were new members, had been given new laptops, for which reason Parliament must take them through e-solution and the usage of laptops to allow some of them to be in their offices and still participate in deliberations on the Floor.

The suggestion, he said, made it possible to reduce the number of MPs in the House and subsequently curb the spread of the COVID-19.

Responding to the concern, the Minority Leader, Mr Haruna Iddrisu, gave an assurance that the Parliamentary Service Board, which was chaired by the former Speaker, Professor Aaron Mike Oquaye, was about to take a major decision on improving bandwidth and Internet presence within the precincts of Parliament.