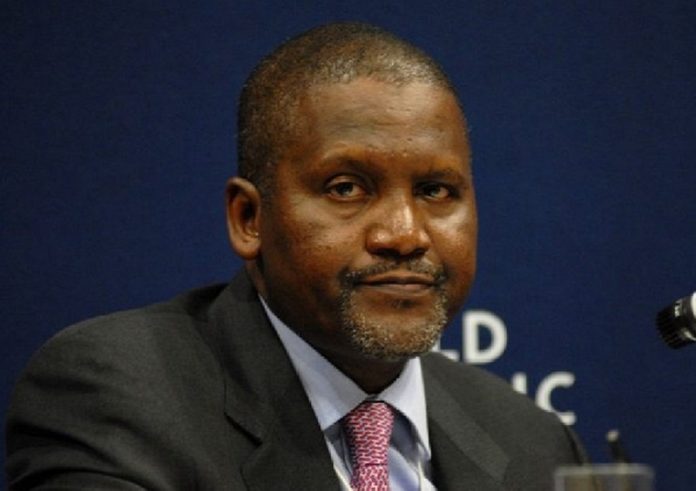 Africa’s richest man, Aliko Dangote, has told a United States of America court how his former American girlfriend, who exposed a part of his body via a social media post, is trying to extort $5 million from him.

The documents of a civil suit he filed with a pseudonym against the lady identified as Autumn Spikes at a Miami-Dade County Court in Florida, USA are out.

The wealthy businessman used the pseudonym, John Doe, with AD, that stands for the ‘acronym’ for his name, Aliko Dangote, as his alias.

One of the court documents filed by the plaintiff on January 22, is titled, “Complaint petition for declaratory judgment complaint for (about) extortion petition for injunctive relief.”

The document, among others, accused Ms Spikes of libel, defamation, cyberstalking and a breach of agreement “to keep their relationship private and off the social media.”

It stated that Mr Dangote’s “business acumen has made him a target for coercion by the defendant”, adding that Ms Spikes demanded “meritless claims of $5 million” in the nature of “palimony to which she is not legally entitled.”

Palimony is an amount of money a law court orders someone to pay regularly to a former partner whom they were living with but were not married to.

“Autumn Spikes has made a demand that the plaintiff pays her five million dollars ($5,000,000.00) as shown in Exhibit 1,” Mr Dangote’s court document states.

The affair between Mr Dangote and Ms Spikes first came to public knowledge on January 1, when the lady using the Instagram handle, Allarounda1, posted a video clip showing herself seated and Mr Dangote stretched on a couch.

The images, which went viral on social media, appeared to have been captured during their good times together.

It showed most of Mr Dangote’s body covered in an orange blanket but with his buttocks exposed while he fiddled with his phone.

Below is the suit: