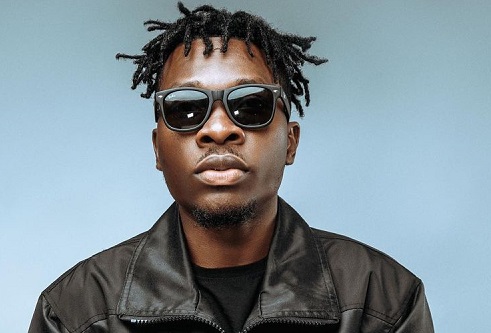 The rate at which some artistes churn out hits might give the impression that they have their pulse on what kind of songs will blow but Afrobeats artiste Article Wan says it is difficult to tell.

According to him, an artiste could not readily tell that a song would become a hit, no matter how much hard work went into it and that could put the artiste in a tight corner when he/she was ready to release a song.

“A song you think will be a hit might not work for you because you cannot tell the minds of Ghanaians. I put in a lot in my previous songs but it never worked for me until I dropped Solo which was everywhere,” he told Graphic Showbiz recently.

He said that he believed Ghanaians wanted versatility. “A lot of musicians are releasing songs at the same time and it takes a musician who is versatile to stand tall,” he added.

“Can you imagine Stonebwoy, Kuami Eugene, Kofi Kinaata, Shatta Wale, Sarkodie, KiDi or Kwesi Arthur releasing songs at the same time? It will be difficult for the fans to accept them all; mind you the fans are the same people listening to all the musicians at the same time.

“At this time it takes a lot for a musician to get the attention he wants,” he said.

Known for songs such as Faya Burn Dem, That Thing, Kululu, Elavanyo, Toowa and Yen Papi, Article Wan said a musician should not be tired of doing research to know what the fans would want.

“Although it is difficult to tell which songs make the hit, we should be able to do research on what fans want. For example why is Kuami Eugene getting the hits but Kumi Guitar is not getting the attention he needs?

“Maybe, Kumi Guitar has to go back to the drawing board and do his homework well and get the fans to start enjoying his music to the fullest,” he said.

While the refrain has been that the COVID-19 pandemic has had a devastating impact, Article Wan said it had made musicians creative. “I really admire musicians who have excelled despite COVID-19,” he added.

“The likes of Kuami Eugene, Medikal, KiDi and the ‘Kumerica’ guys did so well at the height of the pandemic and big thumbs up to them. It takes talented musicians to still be relevant despite this pandemic but all I pray for is for COVID-19 to go away so that we get our lives back,” he said.

Read more: I am not a lazy artiste—Jupitar

Asked what he was currently up to, Article Wan said he was planning collaborations with some of the A-list artistes.