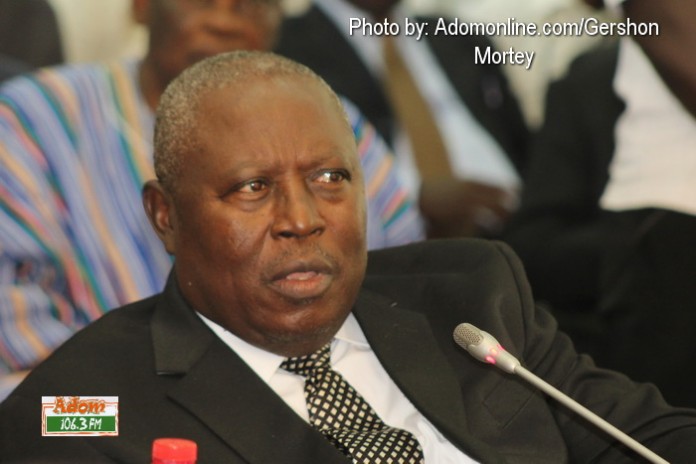 Former Special Prosecutor, Martin Amidu, has cautioned the government against doing anything that may force him to “wash its dirty linen in public”.

His caution comes just hours after Assin Central Member of Parliament, Kennedy Agyapong had alleged that he had medicals records of Mr Amidu which show that he was unstable mentally.

“Should I come out? Let’s stop it and I say let’s stop it before we wash our dirty linens in public,” he said before adding that the decision to conduct the corruption risk assessment into the Agyapa Royalties deal has led to many lies being peddled about him.

Mr Amidu who was speaking to Citi FM also said there have been many death threats directed at his person since the release of the report.

“The fact that you are in government doesn’t mean that when you are dissatisfied about a report, you go after the person or the fellow.

“The Minister of Finance has been my friend for years; why will I go for him? When I was writing the report, didn’t he come to this house? Was he not here on 21st October? What did I tell him,” he quizzed.

He has therefore served notice to reply in a similar fashion if the attacks on his person from the government are not halted.

“I have said since I left office, that I was not going to give any press interview about my resignation, I am being pushed by so-called responses to me which contain blatant falsehoods.

“But I do not want anybody to blame me when I speak out and it becomes unpalatable so either the attack stops or I will defend my integrity even if that means my death. It is something I am not going to allow anybody, not even the President, to pull that integrity into the mud,” he warned.