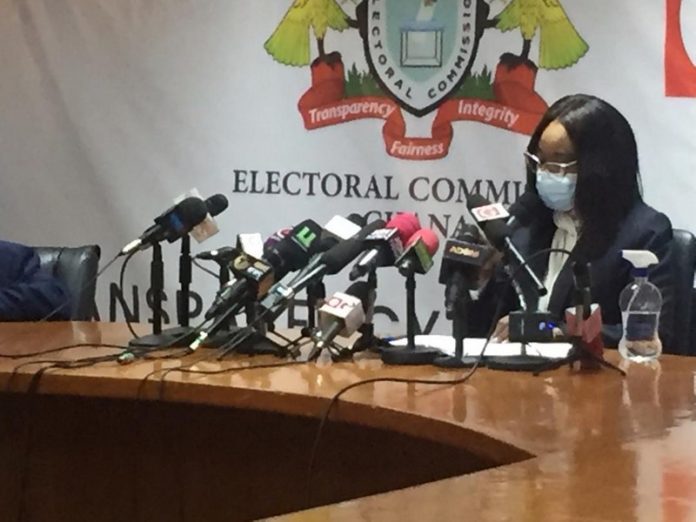 The Electoral Commission (EC) says its data on the 2020 general election is safe and will be preserved.

It was responding to allegations by the opposition National Democratic Congress (NDC) that the EC was deleting data on the BVDs used for the general election.

The statement said the assertion is false because the data is safe.

US ambassador’s plea to Mahama after crunch meeting

The NDC, in a statement signed by its Director of Elections, Elvis Afriyie-Ankrah, had alleged that the party’s attention had been drawn to the fact that the EC had directed that all biometric devices used in the 2020 presidential and parliamentary elections be deactivated.

“This directive is illegal because Regulation 47 (3) of CI 127 states: ‘The commission shall, subject to the provisions of these regulations, (a) retain for a year documents forwarded to the commission, and (b) destroy the documents after a year unless otherwise directed by a court’,” he said.

But the EC has debunked the assertion describing it as false: