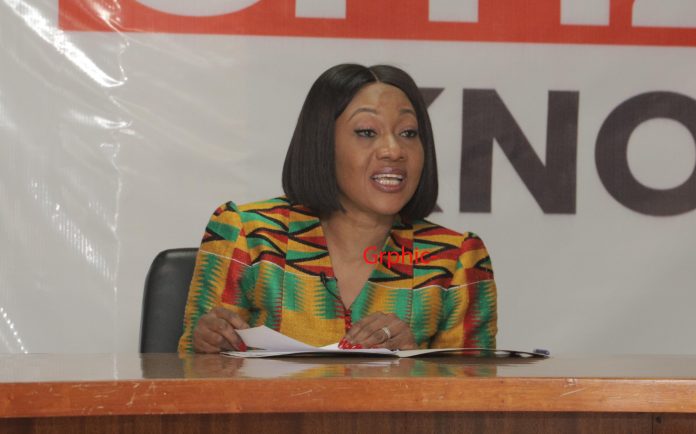 The Electoral Commission (EC) has announced that it will conduct elections for new Regional Representatives to the Council of State on February 12, 2021.

Accordingly, it has asked all qualified and interested persons to submit their nomination forms between February 1 and 4, 2021 to the respective Regional Directors of the EC.

The statement said: “In accordance with Paragraph (C) of Clause (2) of Article 89 of the 1992 Constitution, the Electoral Commission will conduct Elections to elect Regional Representatives to the Council of State.

“All qualified persons who intend to stand for the said Elections should submit their Nomination Forms with two post-card size copies of recent photographs (bust) to the Regional Director of their respective Regions from Monday, 1st February to Thursday, 4th February 2021, between the hours of 9.00 am and 12.00 pm and 2.00 pm to 5.00 pm each day.”

“Copies of the Nomination Forms may be downloaded free of charge from the Electoral Commission’s website (www.ec.gov.gh) and completed in triplicate.

“The Elections will be held in all Regional Capitals on Friday, 12th February, 2021 at venues to be determined by the Commission,” the statement added.

Ghana’s Council of State is a small body of prominent citizens, which advises the President on national issues.

Articles 89 to 92 of the 1992 Constitution of Ghana states: “There shall be a Council of State to counsel the President in the performance of his functions.”

In addition to that, one representative from each region of Ghana, elected in accordance with regulations made by the Electoral Commission under article 51 of the 1992 Constitution, by an electoral college comprising two representatives from each of the districts in the region nominated by the District Assemblies in the region shall be appointed to the Council of State.

The constitution states further that a member of the Council of State shall hold office until the end of the term of office of the President unless – that member resigns by writing signed by him and addressed to the President; or becomes permanently incapacitated; or

The appointment of a member of the Council of State may be terminated by the President on grounds of stated misbehaviour or of inability to perform his functions arising from infirmity of body or mind, and with the prior approval of Parliament.

The chairman of the Council is appointed from among the members.