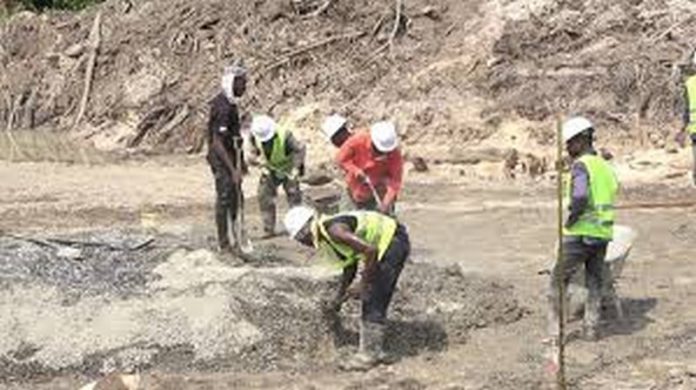 Member of Parliament elect for Ejisu Constituency, John Ampontuah Kumah, is rallying private support to build broken down bridges in the constituency.

Already, an estimation of over three hundred thousand cedis have been secured for two of such projects.

The biggest among the projects is one linking Adako Jachie and Kokobra which broke down in 1968.

The destruction of the bridge linking Adako Jachie and Kokobra after a heavy downpour in 1968 cut off the two communities which are dependent on each other.

“Chief and community leaders over the years tried to get this fixed, government kept assuring them but they never did. It is one of our biggest challenges. We almost lost hope”.

Already, contractors have commenced work on the bridge, sparking excitement among the constituents.

With the intervention arranged by the MP-elect, over 200 thousand cedis will be spent on fixing this portion of the bridge.

So far, a group of building contractors working in the area contributed to the completion of one of the abandoned bridges.

Already, one of such bridges at Ejisu Asamang has been fixed under this partnership with some contractors.

Drivers had to use a metal slab to support the bridge which had partly caved in.

“Sometimes, we had to park the vehicles for the passengers to walk to the other side of the bridge. It is usual in the rainy season. We are happy it is fixed”, John Adu is a taxi driver at Asamang.

Meanwhile, MP-elect for Ejisu Constituency, John Kumah Ampontuah says his tenure will aim at helping improve transportation in the area.

He explains his office will seek collaboration with private individuals in lobbying the government to help fix roads in the area.

“We will lobby government to fix the roads but just as we have started with the help of private businessmen, we will continue to engage such people to develop all the link roads. We want to see all these roads tarred”, he added.