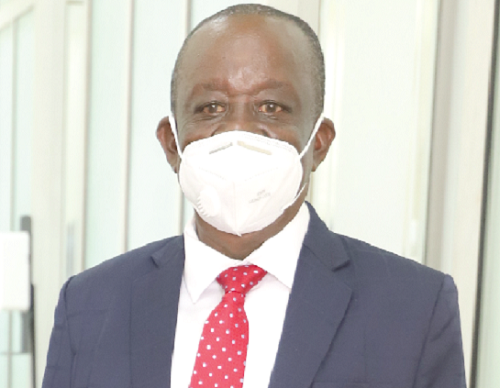 The National Security Minister-designate, Mr Albert Kan-Dapaah, has assured Ghanaians that the shooting incidents that were witnessed at some electoral collation centres leading to the loss of seven lives in the 2020 elections, will not be swept under the carpet.

He said the security agencies were committed to getting to the root of the incidents and had, therefore, made some arrests as part of their investigation.

Mr Kan-Dapaah said this when he took his turn at the Appointments Committee of Parliament last Wednesday to answer questions as part of his vetting for the ministerial position.

Mr Kan-Dapaah said the magnitude of the incidents would basically make it impossible for anybody to attempt to sweep them under the carpet.

“Action has been taken, as a result of which five suspects have been arrested and arraigned before court, charged with murder. They have since been remanded in police custody. Thirty-two others have also been arrested and they have been charged for causing unlawful damage and investigations are currently ongoing.

“It is, therefore, not true that no action has been taken,” he said.

With regards to the shooting incident in Techiman South, which also happened on December 8, last year, Mr Kan-Dapaah, said investigation to identify the officers who shot into the crowds was still ongoing.

“There was a violent protest by a mob of party activists which included throwing of stones, firing of gunshots by unknown assailants which disrupted the collation of the election results at the constituency. The security personnel in an attempt to stabilise the situation ended up firing shots which resulted in the injury of eight people, with two of them pronounced dead on arrival at the hospital,” he said.

Mr Kan-Dapaah also noted that although the security agencies had information that the shooting at the Ablekuma Central Collation Centre on December 8, 2020 might have come from a military man, they were yet to identify the said person.

“There was also another shooting incident at the entrance of the Odorkor Police Church which was the collation centre for the Ablekuma Central Constituency. The incident was a result of an allegation levelled against an Electoral Commission (EC) official for moving some pink sheets out of the confines of the collation centre.

“This annoyed the mob and they reacted by throwing stones at the EC officials and the security personnel present. The security personnel tried to bring the situation under control and in the process, they fired some warning shots. Two persons were hit and were both rushed to the hospital for treatment, but unfortunately one of them was pronounced dead at the hospital,” he said.