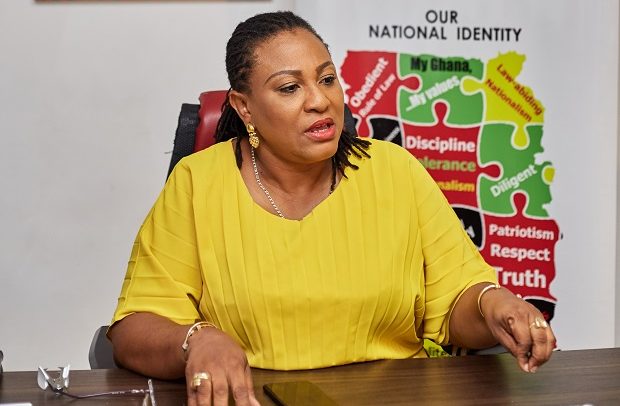 The National Commission on Civic Education (NCCE) has called on Ghanaians to exhibit a high sense of political tolerance during and after this year’s election petition at the Supreme Court.

“The commission deems it necessary to educate the citizenry to accept the outcome of the judgement and respect decisions of the Supreme Court. By so doing, the country’s institutions will get the free space to discharge their duties,” it said, among other things.

The NCCE made the call in a statement signed by the Deputy Chairman in charge of Operations, Mr Samuel Asare Akuamoah, to outline its “well-thought-out citizen-centred programmes” to actively engage Ghanaians this year on their civic rights and responsibilities in line with Article 233 of the 1992 Constitution.

It said its working theme for this year would be: “We are one, Ghana First”, to remind Ghanaians of the essence of togetherness and national cohesion for nation building.

“After journeying through keenly contested national elections in 2020, it is only prudent that the commission champions a national agenda of reviving patriotism, nationalism and political tolerance among the good people of Ghana,” it said.

It added that the commission was poised to sensitise and actively engage citizens on certain areas of national interest.

The statement said the NCCE would give priority to educating Ghanaians on the role of Members of Parliament (MPs) in the body politic since it had become a serious issue, especially when feedback from the public during the commission’s 2020 voter education hinted that citizens were confused about the role of MPs and district assemblies.

“The commission, through its sensitisation strategies, will actively engage citizens on the work and functions of MPs as well as target Members of Parliament for their active participation in this exercise when it kicks off,” it said.

It said the commission would continue to rigorously reach out to young citizens in schools with its COVID -19 sensitisation activities, adding that the NCCE, within its limited resources, would design and distribute posters, flyers, stickers and other civic education materials to students to constantly alert alert them on the pandemic which remains a global health crisis.

“Messages will be centred on the strict adherence to the COVID-19 safety protocols, de-stigmatisation among others. “The Commission has commenced outdoor outreaches on the mandatory wearing of nose masks.”

“This has been intensified following the rising number of COVID-19 cases in the country. The NCCE will be seen on the streets, market centres, lorry stations and terminals engaging citizens on the need to adhere to the safety protocols,” it said.

It stated that public education on the introduction and administration of COVID-19 vaccines in Ghana would be carried out in collaboration with the Ghana Medical Association.