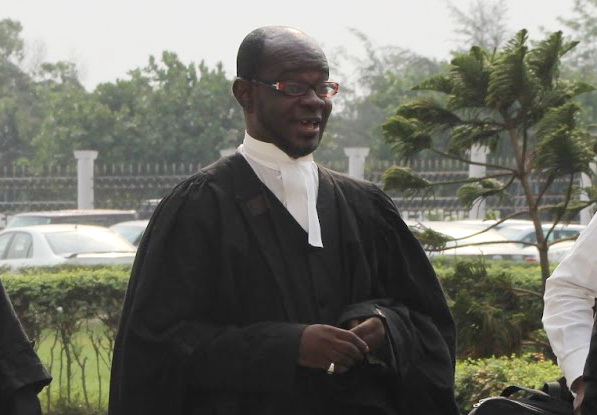 The Supreme Court has cautioned one of the legal team members of President Nana Addo Dankwa Akufo-Addo in the 2020 election petition to be mindful of his post trial media interviews after court sittings.

The Court said it was not comfortable with the post trial media interviews by Mr Frank Davies, something the court said breaches Rule 38 of the Legal Professional Conduct and Ethical Rules, 2020.

Rule 38 talks about lawyers who are involved in a case or has participated in a matter that is still pending in court.

The rule states that a lawyer who is practicing or has participated in the litigation or investigation of a matter that is still pending before a court, “shall not make an out of court statement or grant an interview to the media on the matter.”

Referring to Rule 38, the Chief Justice, Justice Kwasi Anin Yeboah told Mr Davies that some of his comments violate the ethics of the legal profession.

“Mr Frank Davies, we respectfully draw your attention to the Legal Professional Conduct and Ethical Rules, 2020. Please, you look at Rule 38, the court is not comfortable with the post trial interviews that you [Davies] grant outside,” Justice Anin Yeboah said Monday morning [February 1, 2021] when the 2020 presidential election petition came up for hearing.

Somebody else can do

“So we are just drawing your attention to the ethical infractions, and you have to advise yourself accordingly. Somebody other than you may do it, that is not our concern but you are precluded by law because you have been announced in the case on regular basis.”

“And if you are a lawyer and you are not actively participating, please we passionately plead to you to put down your robes and grant the interview. We don’t think that you should be in robes with the wig on…, and addressing the media”.

The hearing of the petition continued Monday morning with the cross examination of the Principal Witness One (PW1), Mr Johnson Asiedu Nketia for the petitioner, former President John Dramani Mahama.

Mr Akoto Ampaw, who is lead counsel for the second respondent, [President Akufo-Addo], continued with his cross examination during which a video of a press conference after the presidential elections, which was addressed by Mr Asiedu Nketia and then candidate John Dramani Mahama was played in court.

In the video, Mr Asiedu Nketia was saying Mr Mahama had won the election, similar to what Mr Mahama also said in the video.