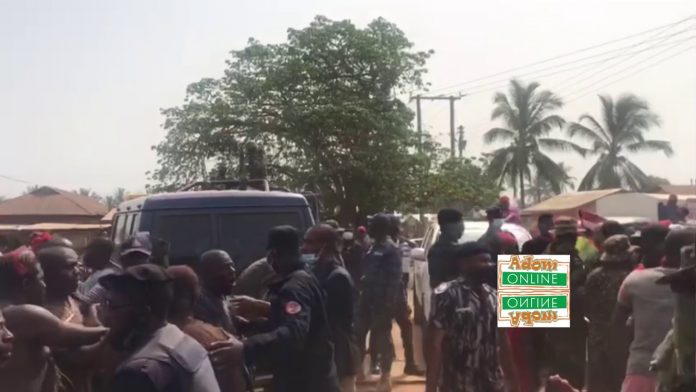 Some members of the opposition National Democratic Congress (NDC) clashed with natives of Hohoe during a peaceful demonstration in protest against the recently declared presidential and parliamentary results by the Electoral Commission (EC).

The demonstration was organised in conjunction with some residents of the SALL enclave in the Oti Region who are also protesting their exclusion from participating in the parliamentary elections in the Hohoe Constituency.

The protestors were, however, prevented from entering Hohoe at Gbi Kpoeta by some warriors and youth from the Gbi Traditional Area.

Reports from the area suggested that the military and police personnel were present at the scene to control the crowd and prevent further clashes.

For nearly two weeks, the sympathisers of the NDC have organised numerous street protests following the declaration of Nana Akufo-Addo as President-elect in the just-ended polls.

His position has been backed strongly by NDC supporters who have hit the streets to demand that the announcement be overturned.