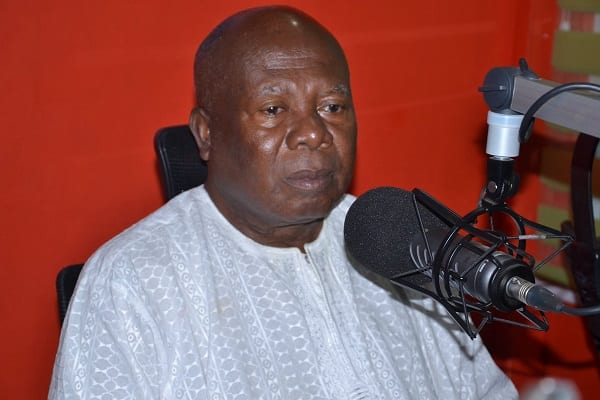 The family of the late Dr Kwame Amoako Tuffour, a founding member of the New Patriotic Party (NPP), on Monday, called on the leadership of the party in Accra to formally inform them of his demise.

The 25-member delegation was led by a member of the party’s Council of Elders and a close friend of the late party stalwart, Dr Kwame Addo-Kufuor.

Speaking on behalf of the family at the brief meeting at the party’s headquarters, a member of the family and a representative of the Ashanti Regional NPP, Edward Kwasi Akuoko, confirmed that Dr Tuffour passed on at the 37 Military Hospital after battling an illness.

He indicated that the family had already informally consulted some executives of the party to seek advice and direction on the way forward.

“And so, if you see us this morning, then our mission is very simple, with a very heavy heart we wish to formally inform the party and the Council of Elders that our father and brother, Kwame Amoako -Tuffour is no more with us,” he said.

Mr Akuoko presented some customary drinks to the party leadership to signify the official information.

The Chairman of the NPP, Freddy Blay, while commiserating with the family, described the late Dr Tuffour as a great leader and good friend, stressing that his death was unfortunate.

He said Dr Tuffour was a relentless fighter, adding that “it’s a pity he’s gone a little too early because we needed him, particularly around these times.

“He was a good example to the children and then to members of the party, particularly to the leadership. From the beginning, he was there and he’s been with us all this while, but it is unfortunate that he has fallen around this time,” he stated.

Mr Blay further promised that the party would continue to stand with the family until the final funeral rites are performed and even beyond.

“It is not only the condolence to yourselves but to all of us. So, we assure you the family members that we will put together a team led by the Organiser, the Women’s Organiser and the Director of Protocol to work closely with you,” he added.

The head of the family, Charles Kofi Opoku, was grateful to the party for the reception.