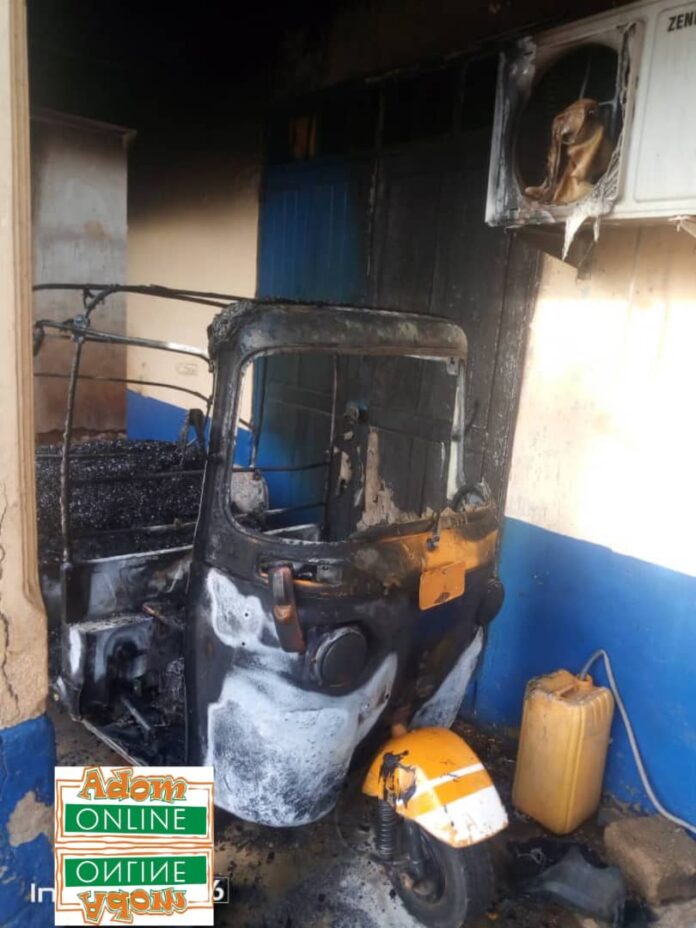 A Police Station block at Kukuom in the Asunafo South District of the Ahafo Region has been destroyed by fire.

Property worth thousands of cedis have been destroyed with no casualties recorded.

The cause of the fire is also not immediately known.

However, personnel of the Ghana National Fire Service from Goaso, who were called to put out the fire, detected matches sticks at the scene.

Inspector Kofi Truth, in an interview with Adom News, said the police received information about the fire outbreak around 4:am on Friday, April 9, 2021.

He said a team of police personnel, who went to the scene of the incident, saw a tricycle on fire which spread to other areas of the police station.

He explained the timely intervention of the personnel helped to prevent further havoc.