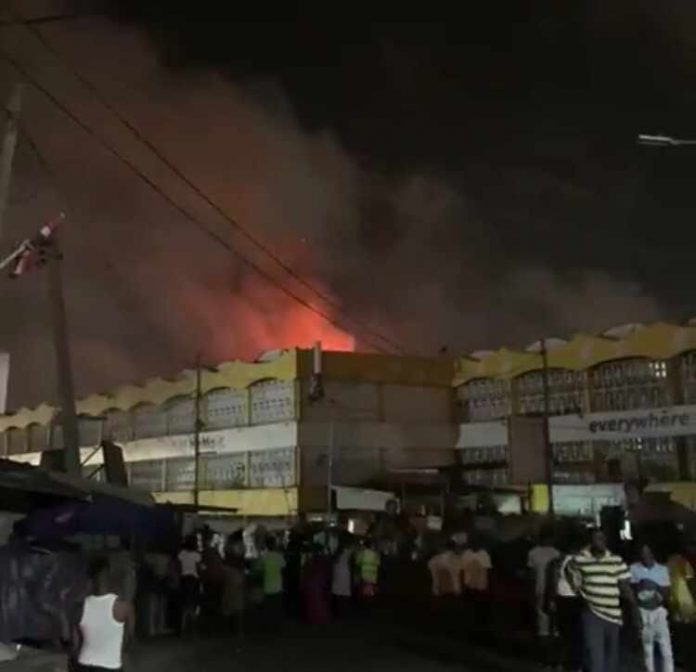 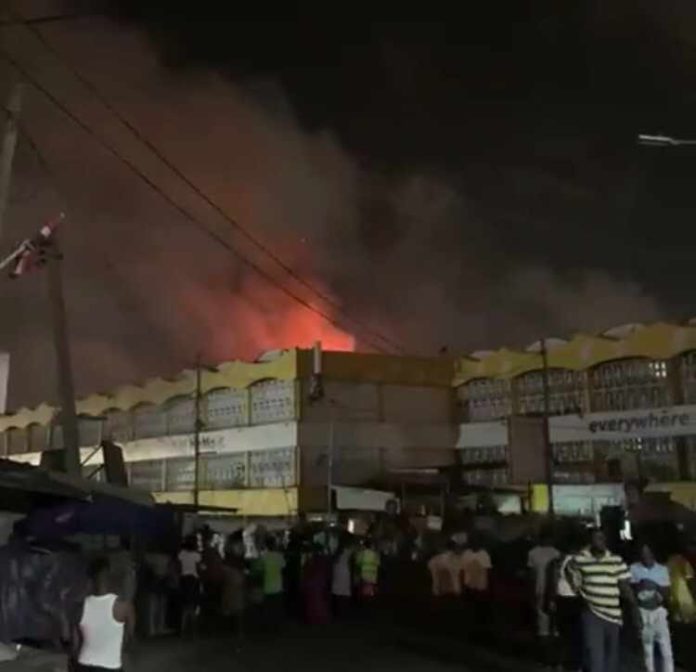 A portion of the Kaneshie market in Accra has been gutted by fire.

The news of the fire broke out in the early hours of Sunday, December 20, 2020, with the cause of fire not immediately known.

This comes a few days after fire destroyed parts of the Kantamanto market which some traders have attributed to arson.

They explained that they had foreknowledge about a fire incident in the market about two weeks to the December 7, election.

Visuals from the market captured the inferno on top of one of the tall buildings within the enclave as witnesses throng the premises.

However, personnel from the Ghana Fire Service have been to the scene to maintain a calm situation.

Similar incidents were within the week recorded at the Koforidua market in the Eastern Region and Asankragwa market.