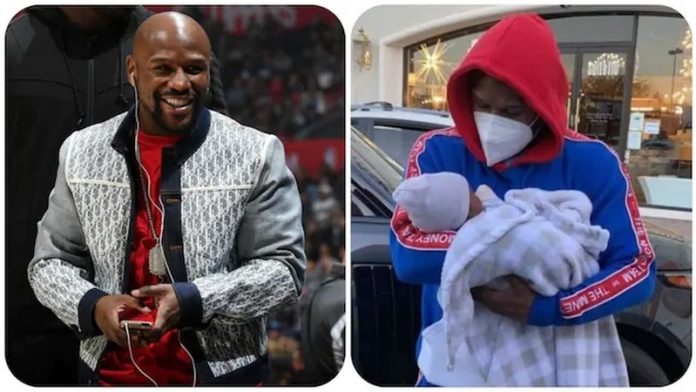 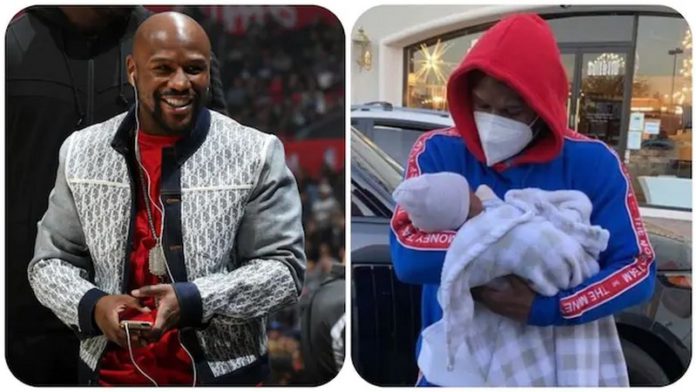 Boxing legend Floyd Mayweather was spotted rocking his grandson Kentrell Gaulden Jr in his arms for the first time.

The 43-year-old’s daughter, Iyanna, and his partner YoungBoy, whose real name is Kentrell DeSean Gaulden welcomed their first child together late last year.

Meanwhile, it is the seventh for the rapper who already had six children with other women before his intimate relationship with the ‘Money-man’s daughter.

Yaya, 20, shared the good news on her official Instagram page while showing just the foot of his first child in the post as reported by News of Africa.

Mayweather, who was dressed in blue and red hooded cotton sportswear with a face mask, was looking straight into the eyes of his first grandson.

The retired boxer confirmed that his daughter was expecting a baby during the October 30 edition of the Hollywood Unlocked: Uncensored podcast.

Meanwhile, the unbeaten multiple award-winning boxer is planning to step out of retirement to test his ability once again.

He had been challenged by Youtuber Paul Logan and Mayweather seems to be down for the fight sometime this year. He has also been frequent at the gym with the aim of returning to full fitness.