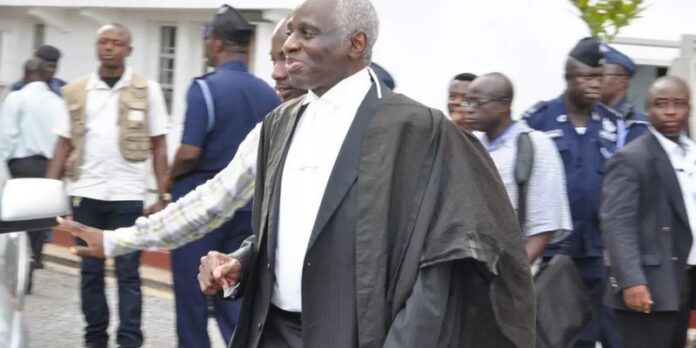 The President of IMANI Africa, Franklin Cudjoe, has said that anyone who opposes Tsatsu Tsikata’s submissions in court is part of the reason why the country is in a mess.

The lead counsel for John Mahama has advanced several arguments as to why the Electoral Commission Chairperson, Mrs Jean Mensa, must mount the witness box to testify in the ongoing election petition.

However, his subpoena and review of an earlier ruling have both been dismissed by the judges.

But Mr Cudjoe, who is overwhelmed by the arguments made by Mr Tsikata so far, believes the veteran lead counsel for the petitioner, “is making a case for a giant step forward in decent constitutional order to stop abusive discretionary powers.”

He posted these on his twitter handle. Check them out:

1.Tsatsu is making a case for a giant step forward in decent constitutional order to stop abusive discretionary powers . Everyone else opposing him is the reason we are in a mess-

2. some small chieftain or princess with some power can abrogate contracts at will, saddle us with humongous debts or just announce election results like disco lights according beats on the political dance floor..

3..and hide behind executive discretion to evade account. Keep at it. One day, a small princess or chief will ERASE our existence. Tsatsu won’t be there to tell you, I told you so. Crazy country.