Funny Face to return to psychiatric hospital, no driving for 2 weeks 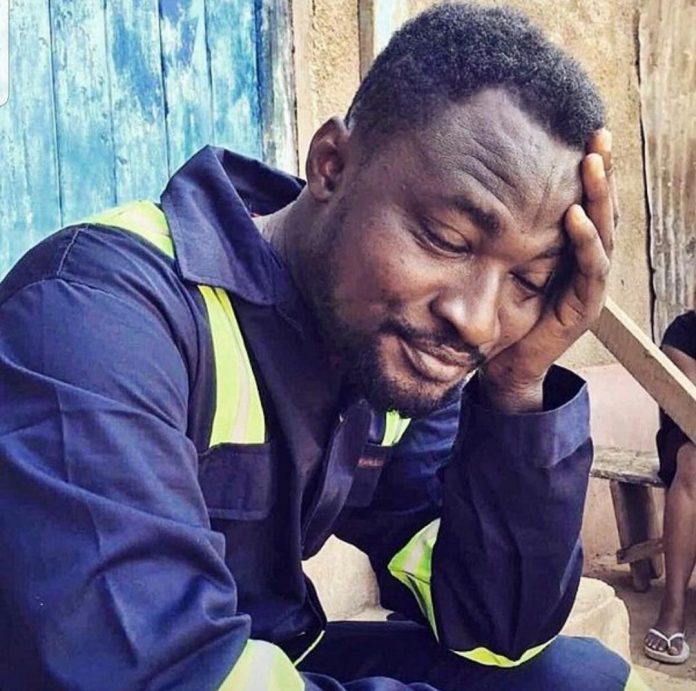 The ‘unlawful discharge of firearm’ case against comic actor, Funny Face, is not going in his favour as court restricts him for two weeks.

The Ofaakor Circuit Court, presided by His Honour Ebenezer Osei Darko, has ordered the Ghana Police Service to send Funny Face to the Accra Psychiatric Hospital for two weeks, since he “doesn’t sound normal.”

The actor, who revealed his psychiatric record having suffered stage three depression over his twin daughters, is of late fond of making wild statements.

An indication of such is using distasteful words on the Kasoa Police over what in his words was maltreatment during his arrest on February 9.

Meanwhile, he pleaded guilty to the charge, but when asked if he was mentally alright, he said the slaps from the police officers affected his sound reasoning.

That notwithstanding, the court has seized the handgun he fired sporadically at a drinking pub where he had a misunderstanding with its owner, leading to his subsequent arrest.

Adom News’ Seth Ankomah Adjei, who monitored the court proceedings, reported that among other things, Funny Face has been restricted from driving for the next two weeks.