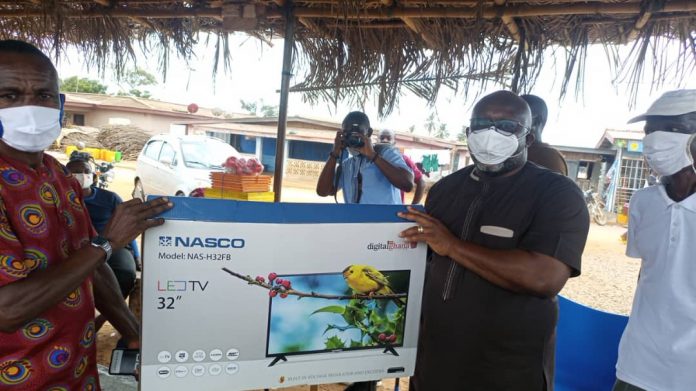 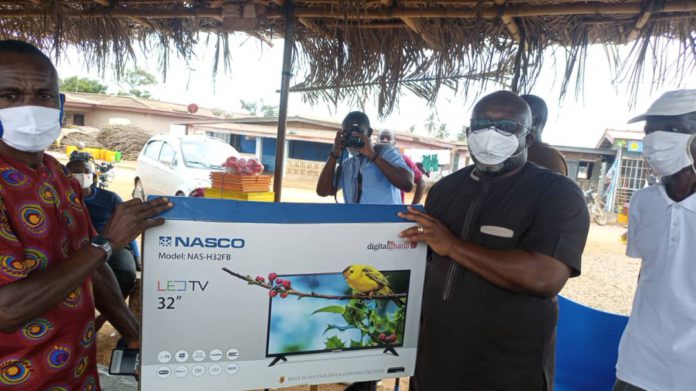 Former Member of Parliament (MP) for Awutu Senya West, Nenyi George Andah, has warmed the hearts of constituents with his kind gesture.

The former Deputy Communications Minister has provided a potable source of water for the people of Senya Kyenkyenso.

The mechanised polytanks with an automated reverse osmosis treatment system was over the weekend handed over to the people.

With this, the community can now heave a sigh of relief as it goes a long way to deal with the drudgery of getting clean water.

The former MP also donated television sets to some renovated  sheds within the Senya Community.

Mr Andah, who believes leadership transcends position, said he will not relent in his commitment to transforming the lives of the people though he lost his seat.

He also took the opportunity to advice the people to adhere to the covid-19 protocols because Ghana needs them alive.