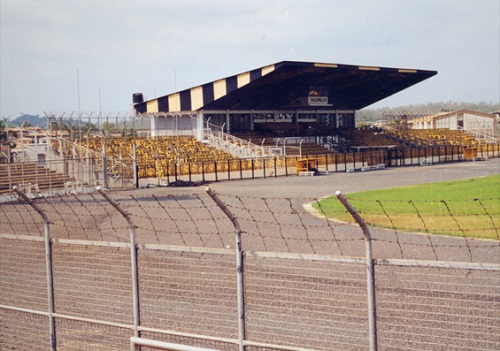 The Ghana Football Association (GFA) has confirmed that it has granted a change in home venues for Ghana Premier League (GPL) clubs Kumasi Asante Kotoko and Inter Allies.

Kotoko will now play its home matches at the Obuasi Len Clay Stadium while Inter Allies will play at the Theatre of Dreams in Dawu.

The two clubs honoured their home games in the first round of the GPL at the Accra Sports Stadium but have now decided to relocate.

The GFA in a statement said it gave the approval after both clubs requested to change their venues after the first round of the season.

The GFA has however informed the two Clubs that any subsequent request to relocate within the course of the second round of the season shall not be entertained.

The Len Clay Stadium is a 20,000 capacity facility that was opened in May 1990 and is the home venue of Ghana Premier League club Ashgold.

The stadium is dedicated to Len Clay, a former Group Engineering and Projects Manager of Ashanti Goldfield Company and supporter of the team.[3]

The stadium was designed by Enninful Design Services and built by A.Lang with Arc Charles Blankson-Hemans as the project manager for EDS.

The stadium features automatic turnstiles, a car park and over 1,300 seats in the main Grandstand, as well as six Executive Boxes, each with its own air-conditioning and room for 40 seats.

The battle for supremacy will be as intense as previous encounters by Spain's power houses SuperSport viewers on DStv and GOtv can look forward...
Read more