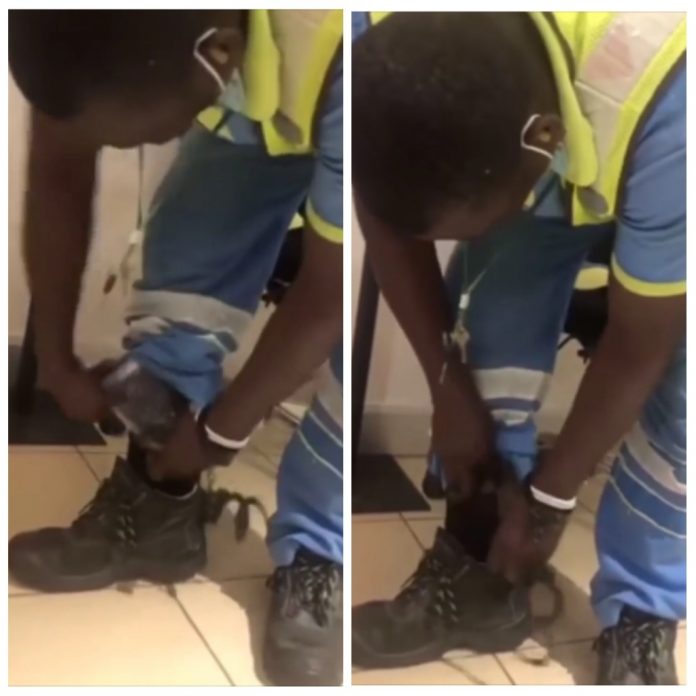 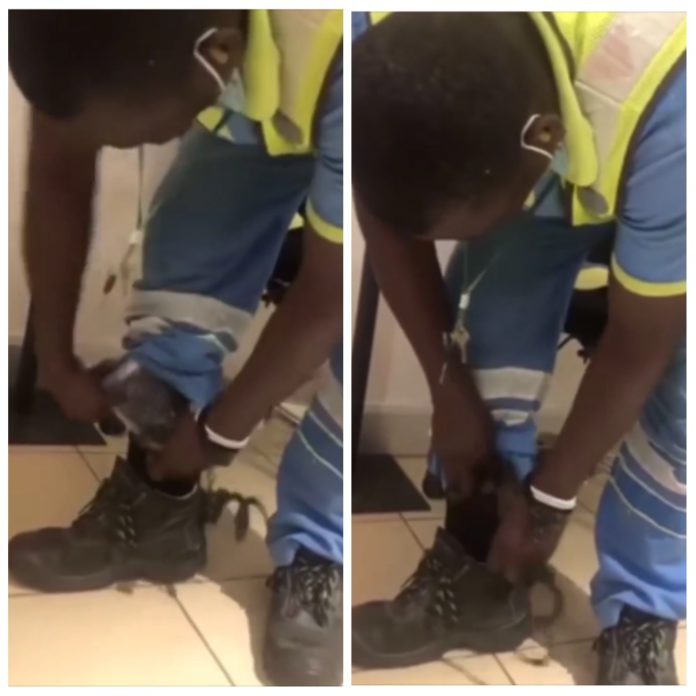 Ghana Airports Company Limited (GACL) has reacted to reports of a security man caught stealing 10 phones at a checkpoint.

Social media buzzed this morning when videos of the aged security man retrieving the said phones from his socks were leaked.

Ghana Airports have confirmed the man is a staff of a Ground Handling Company operating at the Kotoka International Airport.

He was arrested by the Aviation security of GACL with the possessions after handling an aircraft.

Meanwhile, he is currently assisting with investigations at the Airport District Police.