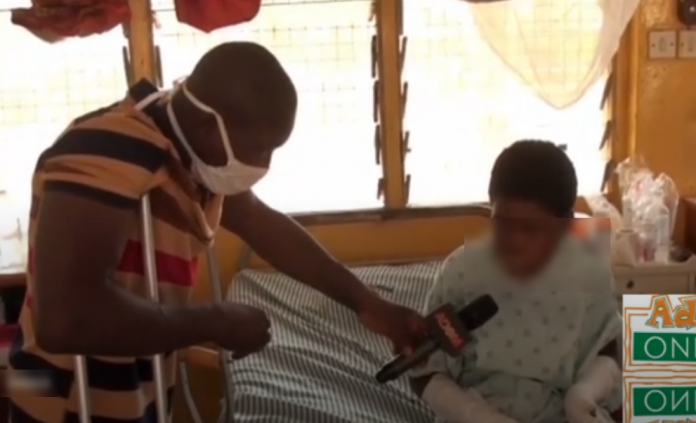 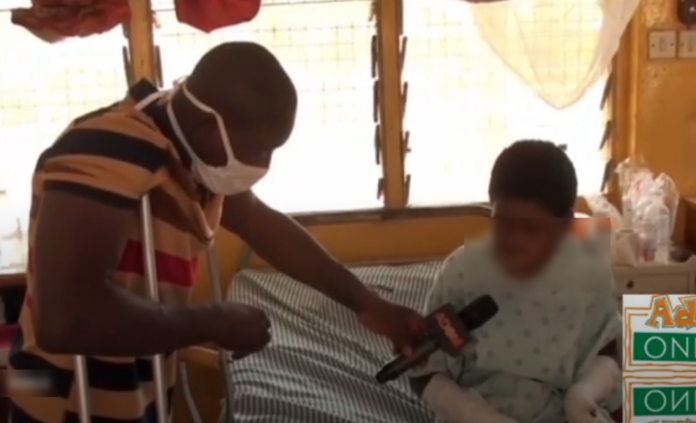 A 15- year-old girl is in critical condition after she fell into fire and sustained burns on parts of her body at Obuasi in the Ashanti Region.

She sustained injuries on her hands, legs, chest and face and is undergoing treatment at the Obuasi Government Hospital.

The girl, who is epileptic, is said to have entered the kitchen to cook for herself since her mother had gone out to work and was suddenly attacked by the sickness. She, thus, lost control of herself in the process.

But for her elder brother who came home not long after the incident to rescue her, the situation could have been dire.

Information gathered by Adom News’ Isaac K. Normanyo indicated the incident, which occurred on Monday, February 1, 2021, had drained the family of their finances.

The mother of the girl, Afua Sompare, in an interview with Adom News has called on all well-meaning Ghanaians, philanthropists and individuals to come to her aid to settle the medical bills which keep accumulating.

Salamatu Sadick, the nurse, who is taking care of her, said the burns were severe and there was the need for immediate funds to offer extensive treatment.