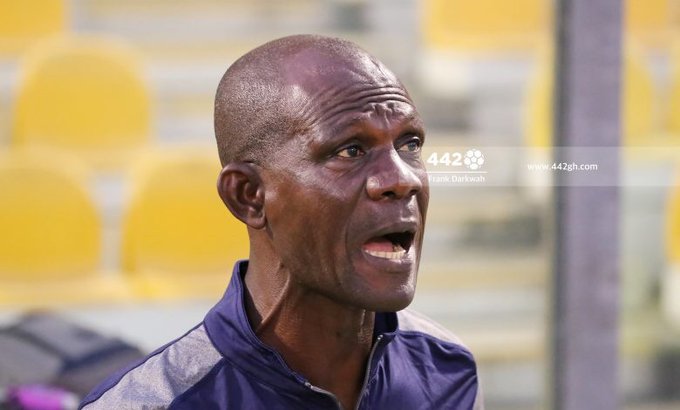 Hearts of Oak have dismissed media reports suggesting that assistant coach, Joseph Asare-Bediako, has left his role at the club.

On Tuesday, multiple reports emerged that the former Berekum Chelsea gaffer has left the club.

But the Public Relations Officer, Opare Addo, has revealed the gaffer is still at post, and not given any signs of his resignation.

According to Mr Addo, coach Bediako has not informed Hearts of Oak about his departure.

“We’ve only seen it on social media and we deal with official information,” he told Asempa FM on the Sports Nite Show.

“We know we have a complete team which we are working to make sure that the team gets back to winning ways.

“He [Asare Bediako] is still at post,” he concluded.

He was appointed as Hearts assistant coach prior to the start of the 2020/2021 season after he terminated his contract with Berekum Chelsea.

He worked under Edward Nii Odoom before the arrival of Kosta Papic.

Hearts of Oak are currently 9th on the Ghana Premier League log following a poor run of form and will host Ebusua Dwarfs this weekend.