I am down to earth – Yvonne Nelson 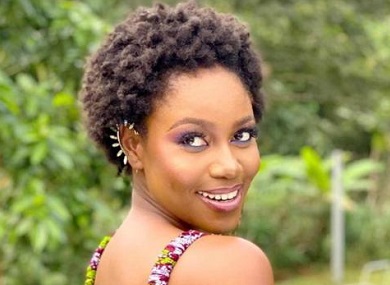 One of the tags that has been associated with actress/producer Yvonne Nelson over the years is that she is arrogant and it has been hard for her to shed it.

However, she has stated that she is not arrogant explaining that people have a bad perception about her.
Taking her turn on Atuu on UTV which aired last Saturday, Yvonne told host Abeiku Santana that she wonders why anyone would see her as arrogant when she is not.

“Yvonne is one cool lady that anyone can associate with but in Ghana when you are principled you are seen as arrogant,” she said.

According to her people should not see her on the screens and draw their own conclusions that she is arrogant adding that those who are close to her know that she is down to earth.

Answering other questions, Yvonne said it was a good feeling to be a mother and still do well in her acting career.

“Some actresses do not make any impact when they give birth but I am doing great and I would say it is the doing of the Lord,” she said.

I have never been interested in married men – Yvonne Nelson

A movie producer owes me since 2016 – Yvonne Nelson

She also cleared rumours going around that the father of her daughter, Ryn, is married to another lady.

“I didn’t want to give that article any attention but I think I should clear it today. My baby daddy has been married before and at the right time if God permits we will marry,” she said.

Talking about her religious beliefs, Yvonne said she serves God wholeheartedly and goes to prayer camps to pray a lot.