I gave up on my career countless times —MOG Music 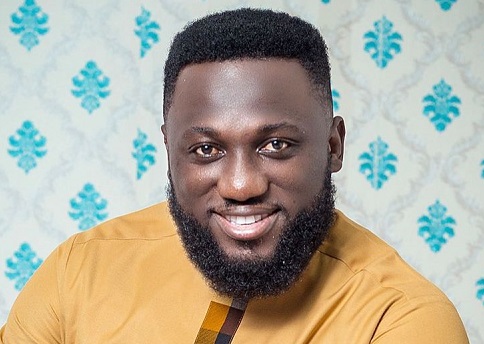 He is enjoying his time in the spotlight after gaining fame for songs such as Be Lifted and Elohim but Gospel musician Nana Yaw Boakye, popularly known as MOG Music, has revealed that he thought of quitting music many times.

In an interview with Graphic Showbiz, MOG Music said things were not easy but whenever he thought of giving up on his music career, that was when God urged him to continue and his patience had paid off.

“I have been around for a decade but Ghanaians started hearing from me only two years ago. Before my single Be Lifted blew up, I had told my accountant and my team to forget about me doing music again because I had borrowed money from my dad to promote it but still was not getting the results.

“It took the intervention of God, who urged me to continue doing his work. The thought of giving up on music did not just come once but several times because I was frustrated but today everyone is talking about me,” he said.

According to him, young musicians now did not have the patience to wait on the Lord for an answer to their petitions and would do anything to promote their songs.

“Without God nothing is possible. When you use other means to get there you will definitely drop. Once we have chosen to preach the word of God through our songs, we need to be truthful to ourselves and do it right,” he said.

Read more: Cecilia Marfo should have tried her ‘nonsense’ on me- Diana Asamoah

Sharing his view on the music industry, MOG Music told Graphic Showbiz that he wished record labels would sign Gospel artistes like how they did secular acts.

“Most of the record labels prefer signing the secular artistes while we struggle on our own. We pay to record our music, shoot videos and also pay DJs to play our songs all by ourselves. We need support from everywhere, especially from the churches where we all started from,” he said.

Although MOG Music has collaborated with other artistes, he has turned down quite a lot because he said there were not to his standard.

“Some artistes feel offended when I tell them to correct a few things on their songs before I jump on them. I have declined to feature on songs I am not comfortable with because my brand matters to me a lot,” he said.

Apart from Be Lifted and Elohim, MOG Music also has to his credit songs such as Hallelujah, Awesome God, Hossana, Redeemed, Living God, Fakye, I Am Blessed, Overdose, among others.