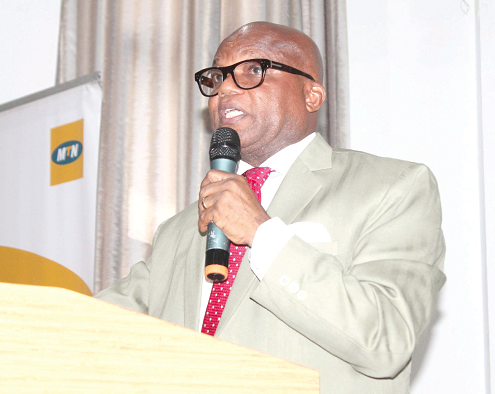 The Head of the Local Government Services, Dr Nana Ato Arthur, has stated that he supports the election of Metropolitan, Municipal and District Chief Executives (MMDCEs).

He noted that being appointed chief executive came with no security of tenure for which reason he supported the election of MMDCEs.

According to him, most MMDCEs were always struggling to become Members of Parliament (MPs) and found means to sabotage their MPs because of their job insecurity.

“Why is it that MMDCEs control more resources than MPs and yet they want to go to Parliament. It is because they are sure of their job security at the Legislature for four years”.

He explained that local level elections had become highly political,indicating that during district level elections, posters of assembly members were cleverly designed with political colours sponsored by political parties.

“So we must stop playing the ostrich and hold the bull by the horn,” he stated.

Dr Arthur noted that the election of MMDCEs would also promote accountability at the local people as the elected chief executive would be accountable to the electorate.

He expressed his joy at President Nana Addo Dankwa Akufo-Addo for adding decentralisation to the then Ministry of Local Government and Rural Development to strengthen the existing structures of decentralisation.

Dr Arthur encouraged MMDCEs to work with local communities and engage more with the chiefs and people, involve them in the implementation of assembly programmes and reduce the usual evasion of taxes and levies.

He said the government had introduced the Electronic Biometric Logging System in all assemblies to check the attendance of staff.

“In addition, all MMDCEs are also made to sign performance contracts to ensure effective leadership and accelerated development at the local level.